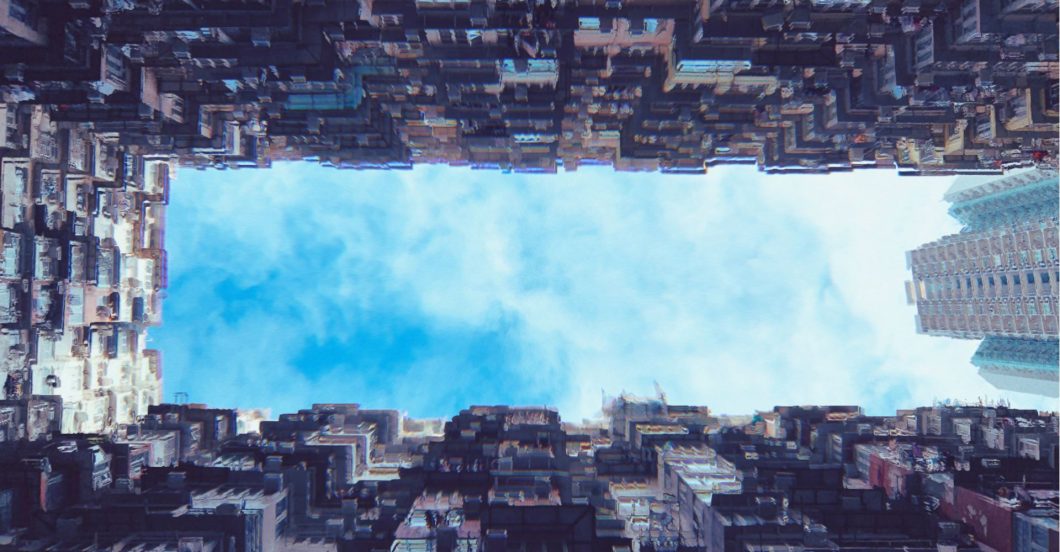 It was April or May when the earth opened up to swallow part of Canal Street, and we decided to celebrate. Lou Ellen Beaumont was walking her dog very early in the morning when it happened. She heard a crumbling sound, like someone taking an enormous bite of very stale sourdough, and when she looked to her right she saw that the pavement had collapsed. All she could think was, a sourdough roll sure would hit the spot right now.

So we came and we brought sourdough, and crawfish and ribs too, and later someone made margaritas. By then the sinkhole had expanded to the size of a semi, and we could see it from blocks away. Still, we all pressed in as close as we dared. Everyone wanted to glimpse what it was that lay beneath the surface, like watching a doctor peel back the skin of a patient to reveal the organs below. We saw tree roots, gnarled and overlapping. We saw pipes and bricks and layers of concrete. We saw animals, both living and dead, their bones fractured and clean. Beyond all that was something else too, something deep and shapeless that we couldn’t understand, something like the dark that awaits beneath your bed when you are very young and very alone.

Since we had all been doing spring cleaning, everyone had something to contribute to the sinkhole. First we threw in little things, things that had no meaning: socks without mates, buttons that didn’t match any clothes, pens that had run dry. Then we thought about the things we wanted to stop having meaning, things that had once governed us. So we brought the sinkhole our unpaid parking tickets, our jury duty notices, the wedding invitations from family members we no longer wanted to see. We fed it jeans we once fit into and books whose endings we disagreed with. With every lost item we clinked our glasses, drunk off our own lightness. Still the thing was hungry. Its throat deepened and expanded, and a stop sign tumbled in. We laughed then; we had never liked that stop sign.

That’s when Felipe Chavez brought his late wife’s gold hoop earrings, the ones he told his daughter he’d misplaced years ago. We clapped his back and nodded solemnly when he came back from the edge and joined us. Someone offered him a lawn chair to sit in and a shot to gulp, and we sat with him in the quiet. In his eyes we saw reflected the darkness of the sinkhole.

We said, why not? and, that’s the idea! And Kimberly Thomas came marching up with a whole box of things we never even knew she had: a handmade blanket, a pair of booties, a stuffed lamb, all the things she’d collected for a baby that had never been born. We saw her whisper the baby’s name as she stood at the pit’s threshold, but we never heard a syllable before it slipped into the chasm. We didn’t ask her to repeat it. That was between her and the sinkhole.

Then Cara LeBlanc wound up like a pitcher to fling in the deed of her house. She shrugged as she made her way back to us, and said, the bank is taking it anyway. And Henry Landry catapulted the captain’s hat he’d always kept in his closet while he saved for a boat. It turned out each of us had an offering for the sinkhole, small or large. We shredded old diaries and unmailed love letters, then let the scraps flutter down, rustling like wings through the dark.

Someone from the city came with a bullhorn and a tie. He stood on a parked car and yelled at us to stop. A construction team will be here to fill it tomorrow, he yelled, the veins in his neck popping. But we shook our heads. We did not believe they could fill it.

We held a vigil that night, waiting for the construction crew to come early the next morning. We danced while we waited, sweating out the tequila. In the dark we could no longer see the sinkhole, but on our faces we felt the cool puff of air exhaled from the earth. We had run out of food by then, and our stomachs rumbled. The sinkhole groaned with us, another organ in the throng.

When the construction workers came, we asked for them to wait just another day. They frowned and waved their machines forward, carrying pounds of sand and clay. We watched them seal the vault, feeling each probe as if it targeted our own bodies. It’s all fun and games until someone gets hurt, one construction worker said, pushing us back, away from the sinkhole. I’ve seen a hole this size swallow a woman whole.

At this, we nodded and clutched our rumbling bellies. We thought of the blackness deep within the earth, the endless tunnels waiting to be filled, and we imagined this woman at the center, asleep beneath the piles of our offerings. 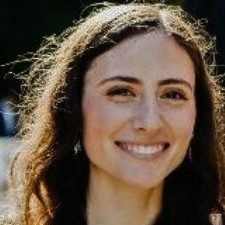 Maya Dobjensky earned her MFA in fiction at the University of Michigan Helen Zell Writers' Program. Her work has appeared in Electric Literature and Miramar and has been nominated for a Pushcart Prize.