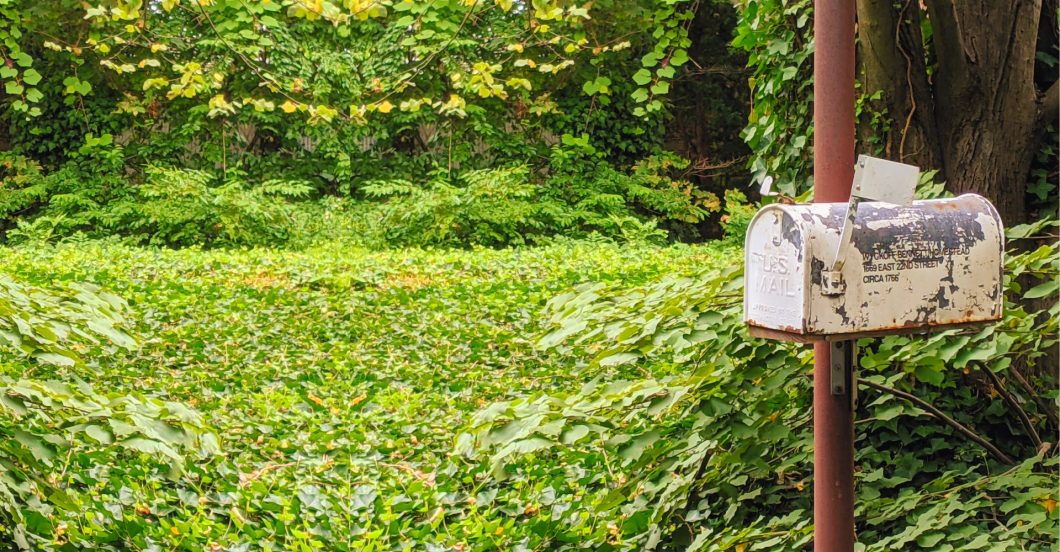 i had a dream where mama shot you. she felt so terrible, the moment she did it, i could feel it radiating out of her. and you, broken on the ground, only wanted to weep in my lap. i hugged you with such force that your wound lessened and soon it was only a scar, a memory of what she had done.

people may interpret my dream in many different ways but i see only one significant component: the hugging part. i have tried to hug you and yet every time you shrug me off and tell me:

you are hurting me.

i know that is what that dream is from. i am the bullet.

what would you say if i asked you about your father?

not about the parts i know—the ones you repeat. the way he only ate at 5pm so you made steak and potatoes right on time. the way his eyes glued to NCIS for hours each night, the blaring tv masking the quiet in the house. the way, near the end, he drove twenty feet from the garage to the end of the driveway to get the mail.

not about the external memories—the ones of things you did. like that time you went hunting and the bear walked around your camp while you all dozed. or all of the times he refused to eat anything green, rabbit food, he’d say.

these are good memories. i am glad i have them but i am greedy. i want more. i want to know how he treated you. how he never told you he was proud of you (is this why you will not say it to me?) how you worked and worked for his attention but he hardly seemed to notice (is this why i do the same thing?) how he never said thank you when you cooked the steak just right. i see the bounty of relief when i say those words to you, for the chamomile tea you bought me, how you turn to tell mama—

did you hear? I picked the right tea.

these are the things you have told me again and again.

these are the only things you have told me.

kindergarden: you went in your pants and had to be picked up by your mother. you had a friend, the one friend you have ever mentioned, a Black boy, until your mother told you he could not come inside and should go back over the tracks.

high school: you skipped two grades because you were too smart. you played football for one year. you were sent to Teta Gražina’s house in the summers where she gave you diktantai and you shot water guns at the girls next door with your brother.

post college: your first car was a mazda. you bought a house in new hampshire with mama. you moved to california.

(this is hardly a life. you have not told me much.)

did you ever make another friend? was that boy the only one who got you? who was your favorite teacher? did you have a favorite teacher? you were good at school but did you actually like going? did other kids make fun of you on the playground, bully you by the lockers, pass notes smirking? how hard was it to be sixteen and a senior, the youngest? did you have a crush on one of them? did one of them have a crush on you? were you ever crushed?

you always talk about that one year you played football. did you actually love it or did you just feel you had to because you were a boy and that is what boys felt?

will you tell me?

when i was in high school, i came up with a theory based on girls named jacky. all of them had been straight b*’s, rude, mean to the supreme. i decided it was their name. it made sense that if you grew up being constantly called out to with the harsh j and k sounds, that some of that would get internalized. in the same way, people with names like lulu, amelia, and lily would be sweet and dreamy due to the constant liliting way people said their vowel filled names. try yelling LULU! it just doesn’t work in the same way as yelling JACKY! does.

audrius. your name means storm in lithuanian. it is a beautiful name that americans mispronounce so you have chosen to reduce it to the first letters of your first and middle names: a and j: A.J.

for a while, you debated going by audi, which i think is cute, and would have had a different effect, if my high school theory holds sway, because of the lack of the harsh j.

but i think your real name suits you. storms are as terrifying as they are vulnerable as they are beautiful. i love them. seeking more of them is the main reason i want to leave california (although with climate change i may not have to.) i am totally smitten by a good storm. i could be a storm chaser if i lost my job. my entire being craves the drama of a storm.

we listened to the creaking cottonwood that should have fallen as we watched purple flashes whiz past and over and sideways and upside down. i wanted to look everywhere at once; i didn’t want to miss any bit of the most fantastic light show on earth. i did not feel afraid. the cosmos buzzing, shattering, rumbling and divine. in a storm, i feel most human. is this true for you? is it the place you feel the outer expression of what lives on the inside? is it where you breathe a sigh of relief because it is crazier somewhere that is not in your mind?

the day after was razor sharp. the sky a painful blue, a sterile blue, brand new and out of a package like the first day. branches broken and trees slashed. the earth opened.

you looked tired, spent. i found you sitting quietly, reading the paper in the after.

whenever you broke paintings or pans or walls, the next day you would be the king of peace, cleaning up the pieces of your rage and meekly trying to be lovable. the storm had passed and the work of mending would continue unless, like in santa cruz, there would be a spark and a fire that would rip hearts anew.

what if we took that road trip up to the northcoast to visit the breweries?

we stay at the brewery gulch inn, off highway 1, in mendocino. it is summer but the fog stays out on the ocean, the bank held back by the land’s pressure. july means lots of other people are there but we don’t mind, the crowds make us feel like this is the place we want to be. the salt from the ocean rusts cars and wrecks pipes but for visitors like us it is but another flavor note the brewers can weave into their story.

your eyes shine eagerly the first morning. with your maps and eyeglasses and other paraphernalia, you need a bag, but you refuse to buy one (yet.) so you are always checking and rechecking that you have everything. snapping closed your cases, rearranging them along the breakfast table, so they are exactly where you want them. if the waiter tries to move them, you will move them back.

climb mountains, fly to alaska, buy land, build a house on the land, buy tickets to go anywhere, somewhere, anywhere, in the world. you want the rush. you want me to have the rush.

the next morning you are quiet and i worry. the fog has crept in overnight. i try to make up for the silence by chirping about some random beer facts but i feel like i am repeating myself. i don’t get much of a response from you besides for a few mhms. i remind myself that this always up and down is you not me.

later, in the car, you mutter something about the bagel not being toasted twice. the morning hours are slow but soon it is the afternoon and the sun pokes through. i feel you relaxing. at the next brewery, there is a little live music trio, and it feels, again, like we are meant to be there. i look at your jolly, red face and all is well.

(i don’t know why we have not done this trip.)

Letter as Encouragement to Buy the Land in Hilo, HI

you should buy it. don’t worry about the details or the future or anyone else. when was the last time you made a decision for yourself like that? one that would bring you purpose and delight? true delight? i’ve seen how animated you get talking about it. the 1/2 acre or 1 acre? closer to the beach or further inland? less lava risk versus more lava risk. cleared lot versus primary growth jungle.

the plots are about $17,000. where else in the united states can you get a 1/2 acre walking distance from the beach for $17,000? you can grow coffee beans, papayas, and bananas. you can build the lanai slowly because you are getting to be old and rest is important.

but rest isn’t everything. you made fun of your father for spending the final two decades of his life sitting in front of the television. you get to decide how to live up until the moment you don’t.

you can fish there. eat the poke from the market near the giant banyan trees. you can go for walks and duck under a tent when the squalls come. those trees have witnessed colonization,

resistance, and fortitude. braided in their century-long branches are secrets of the universe. you can walk below them and wonder at their survival.

you should buy the land in hilo.

Letter as Love on Paper

the world, it has not been kind, it has left line after line on your forehead and strikes across your heart. you wear bars over the beating, thumping muscle that aches for people to see you. i see you if you will let me. will you let me see you? 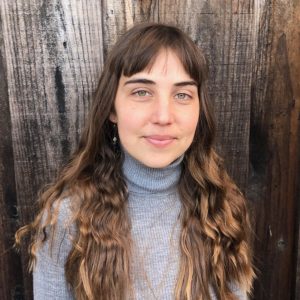 Marina Budrys is a high school teacher in the Bay Area. Her writing has been published in The Sun, The Minnesota Review and others. She holds a MFA in creative writing from the University of San Francisco. She writes in the dark, either before the sun rises or after it sets.