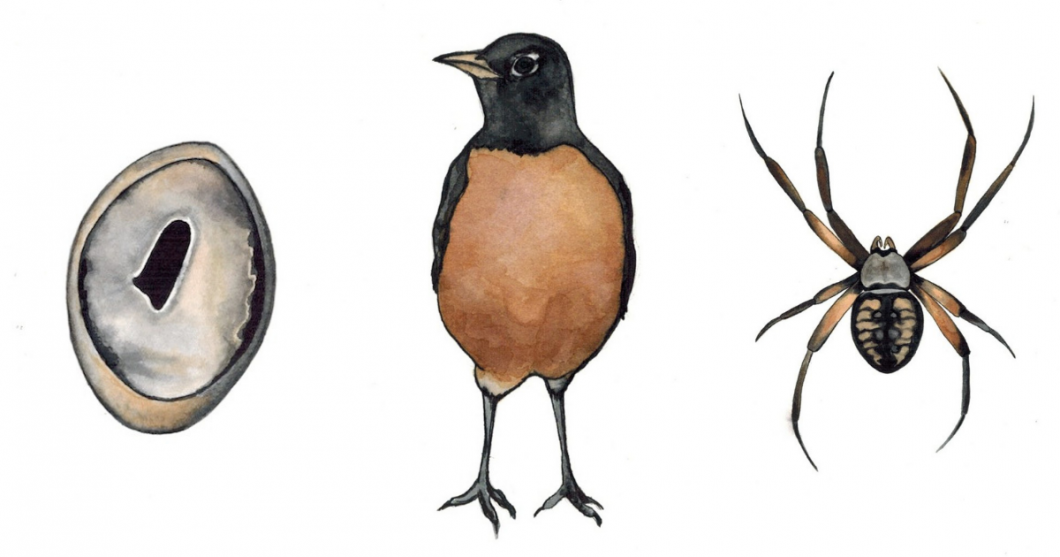 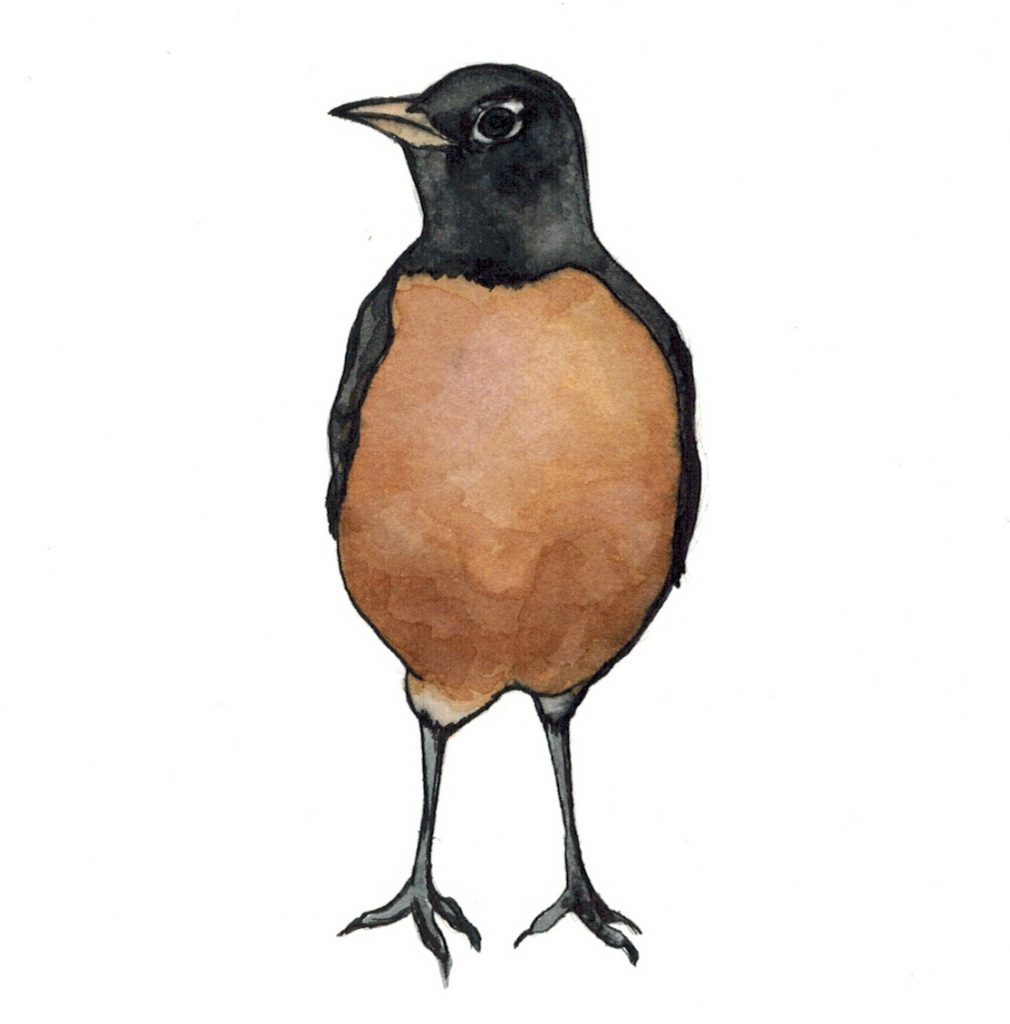 The orange-breasted robins are in the garden today for the second time in January. Dozens of them pushing up and flying out from the wild red berry bush to the tall redwood and back, roiling lifting the air as if the air were waves on the ocean and the bird movement stormwinds. Below the bird wings, closer to the ground, the air remains quiet and still (just as the deep ocean is unaffected by the surface’s commotion), while the constant movement from bush to tree makes the mid-air ruckus—happily, it seems to her.

Last night she is fighting with her lover thinking how she hates him and everything which her thinking then touches (men her father society women and their petty gossipy nature America its rudeness stupidity vapidity actors on TV and her bosses, politicians, the greedy Age kills consumes all things) she also abhors; the old feelings in circular return, the I would like to die, again, in winter. Today the new robins their orange-breasted feathers and the morning fills with the possibilities they herald, the electric rumble they make of the invisible air, happily, it seems to her. 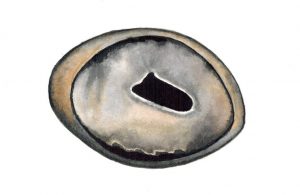 The fisherman pulled the leopard shark out of the saltwater bay just before four o’clock in the afternoon. The sun was shining and it felt like summer in March because it had rained almost every day for months before today. Grey skinned and black spotted. The fisherman stood at the shore near the oil refinery and the oil refinery rigs in the distance looked like black belts holding down the bottom portion of the sky. My son and I were early for his doctor’s appointment and the sun was shining and it felt like summer so to pass the fifteen minutes before his appointment we had veered off the main street where the doctor’s office was located and headed towards the waterside near the oil refineries where several men were fishing and speaking to one another in Spanish. We now watched the fisherman pulling strongly on his pole for several minutes until he dragged the small shark about four feet long out of the dirty bay water. The excitement of his heavy pulling on his fishing rod and exclamations from fellow bystanders that he’d got a big one kept us riveted at the bay’s edge. Mira he said. Another man who was on the shore with his family said will you take a look at that let me see it and took the shark from the fisherman, took photographs of the shark hanged from the fishing wire and of his son and girlfriend who posed next to the beast. Lo vas a remeter I said to the fisherman and he said that he would because the shark was not dead and he wasn’t going to eat it so I hoped that he would take the leopard shark back from the man and his family quickly and put it back into the water. The shark died on the dirty rocks; its grey shiny black spotted skin looked like leather from the distance my son and I sat looking from. Then we hurried away from the scene late now for his doctor’s appointment. And while I waited for my son at the doctor’s office, I remembered the photograph I had seen years before of an enormous old warehouse and inside it hundreds of thousands of otter skins piled to the rafters. The photo was taken in Sitka, Alaska in the early 1900s, around the time the otters were finally slaughtered to extinction. I couldn’t imagine when I saw the photograph that there had once been so many otters in the sea or that they were subsequently killed and pulled from it in so many numbers by the Russian fur traders, until the otters were, as a species, eradicated from Sitka Sound. 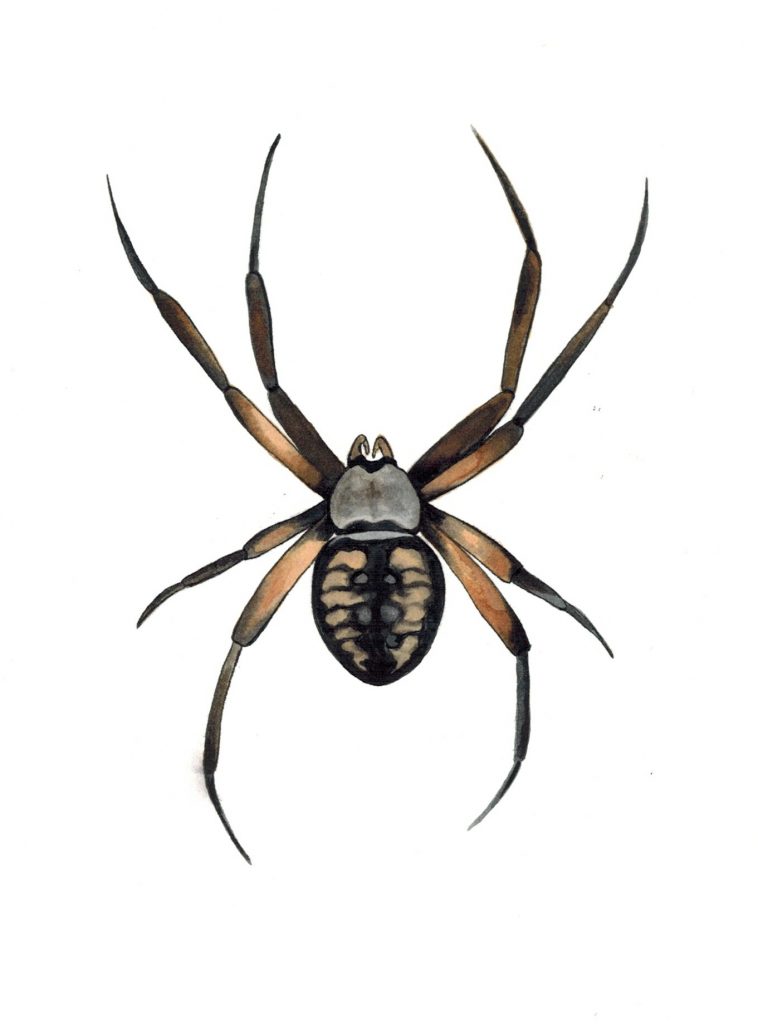 The neighbor’s electric porch light shines brightly on this dark waning gibbous moon night and illuminates the spider web in the rhododendron bush outside her kitchen window. An orb spider goes around in circles now larger to smaller and she thinks of how cloth is woven on a loom and of old fishing nets made from sedges and of how the forms of the letters of the alphabet in all likelihood originated in part from animal tracks in the earth and other animal signs and that all things manmade come from the earth, are simulacrum in some measure of it, that there is no outside of it, no separateness to it, only the orb spider spinning its eternal (one hundred-forty-million-year-old) web which she had not seen before tonight for usually at this hour she is sleeping and her neighbor has not left his porch light on to illuminate the rhododendron bush outside her kitchen window and show the girl who couldn’t sleep the spider’s nighttime maneuverings over the course of thirty minutes and the animal’s eventual retirement (once its labors were completed) to the center of the web where it arranged its eight legs outward in a star formation.

In the morning she goes into the kitchen and looks out the window and sees that the web has vanished. She surmises it was the unexpected September rain showers before dawn that destroyed it while she slept, and her neighbor later informs her that there had also been thunder and lightning which was unusual for this part of the country.

Small Pieces is a collaboration between novelist, Micheline Aharonian Marcom, and writer and visual artist Fowzia Karimi, pairing Marcom’s short stories, or “miniatures” as Marcom calls them—prose pieces of one page or less—with watercolors done by Karimi. The work is a conversation between two artists in text and image, side by side.

Fowzia Karimi has a background in Visual Arts and Biology. She received her MFA in Creative Writing from Mills College, California. Her work explores the correspondence on the page between the written and the visual arts. She is a recipient of The Rona Jaffe Foundation Writers’ Awards (2011). She lives in Denton, Texas.

Micheline Aharonian Marcom is the author of six novels, most recently The Brick House published by Awst Press. Next year Simon and Schuster will publish her seventh book, The New American. She teaches Creative Writing at the University of Virginia.