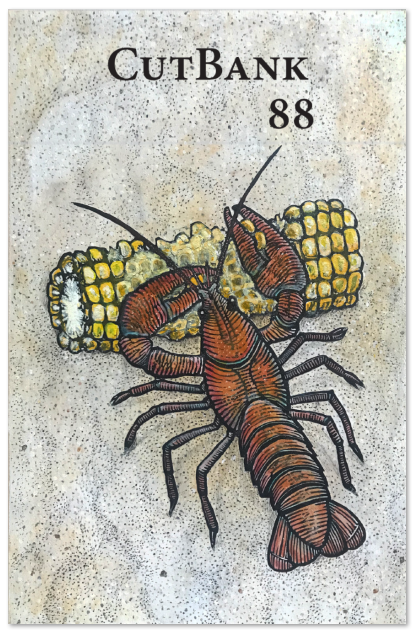 CutBank, the University of Montana’s biannual literary journal, features fiction, poetry, and literary nonfiction by both established and emerging authors. The journal’s most recent edition, CutBank 88, exhibits a distinct Americanness in terms of place and identity. Like the characters in Courtney Graggett’s mythic story “Dry Border,” a father and son who are Mexican immigrants in southwest Texas, the readers of CutBank 88 also traverse the physical challenges and emotional complexities of life in contemporary American culture.

“Come and Play” is a nonfiction piece written by Christopher Collins, a combat veteran and Assistant Professor of English at Wilmington College. His story recounts his experiences following a traumatic brain injury suffered during a stateside airborne training mission. His narrative weaves together excerpts from various performance evaluations during his military career, as well as incorporates flashbacks from his time in combat and his first-person account of a cognitive medical examination. Collins accurately shows the strains that such an injury can have on close relationships, and he artfully portrays the political realities facing American veterans with these types of injuries. By juxtaposing shining descriptions of his military accomplishments and recommendations for promotion with the frustrations caused by his physical deficits revealed in the course of his examination, Collins is able to share the nature of these types of injuries and how they can simply go ignored.

Amie Irwin’s poem “tertial” examines mortality and grief through the burying of a dead bird, found “woundless but struck.” The “we” who buried the bird are two women and, while specified, their experience belongs to the “we,” inviting all readers into the burial experience. Irwin’s use of caesura, extended em dashes, and line breaks emphasize words while defamiliarizing others. The strangeness, the otherworldliness of this poem, suites its subject matter. When the speaker explains that “we buried the bird to remake the shape” and that “we buried the bird to hold it / in the home of our throats,” the reader is reminded of how we might try and remake the dead in our memories, of the grief lumped in our own throats.

In CutBank 88, there is also a place where prose and poetry meet. “Rut,” a flash fiction by Henry Goldkamp, seems at home in the confluence. The narrator of the story addresses a “you,” an ex-spouse who still evokes an attraction. After marrying a second time, the narrator explains that the “two yellow wedding bands served as unholy talismans to ward you away with.” The poem concludes that the rings were “two little Indian merchants filling my head with chintzy trinkets commemorating our war.” Phrases with such near alliterative, nearly-assonate qualities show the poetics in Goldkamp’s prose. With almost one third of American marriages ending in divorce, Goldkamp is telling an all too familiar story in a fresh way, just as all the pieces in CutBank 88 are as contemporary as they are American, stories as personal as they are politically poignant. 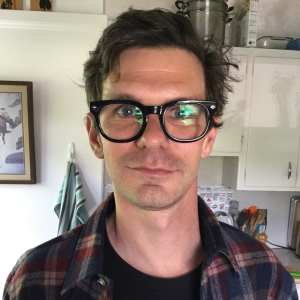