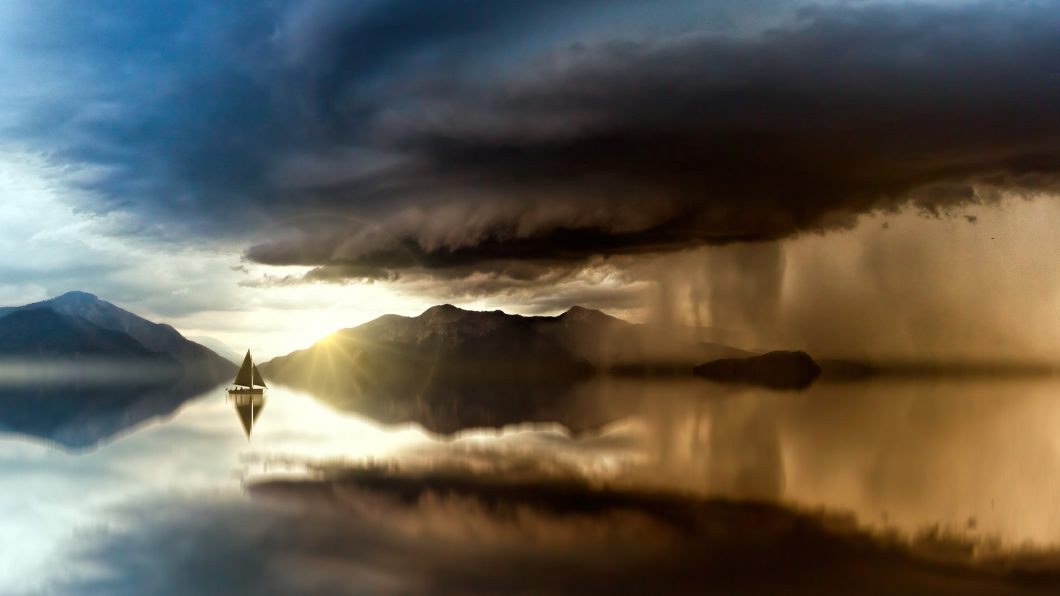 This Wednesday, Thursday and Friday, we will be featuring the winners from last month’s flash contest, held in conjunction with the AWP festival in Portland. Entries were received in paper form during the three days of the book fair, and selected by our editorial team.

My father and I are museuming in Tacoma at the Foss Waterway Seaport. It is one of the few scattered times I ever see him. He stops in front of a Willits canoe with a proud mast and a drawn-on triangle sail and says he had one like it as child. It looks like a wooden toy. You all fit? I ask. Oh, yes. Your uncles sat there with your grandfather at the back, your grandmother sat here. I was jumping on her lap when I fell out. He points up to where the lake should be rushing over us. They called my name, he says. They called and called. And he tells me he was a cloud above them, voiceless, watching his father rip the water white until hands caught cloth and hauled him out and slapped the breath into him and he was cold.

Before he shuffles off to another exhibit, losing me and calling my name from behind sheets of glass layered like birthday cake, I tell him about my step-dad. How he too once fell off a sailboat, his own dad searching the Chesapeake fog. I wonder, do fathers always almost die? My brother is named for my mother’s first love who drunk-drove dead into a tree on Christmas Eve. Maybe fathers almost die and almost fathers really do. Maybe fathers end when and where they leave you. Or maybe fathers reach through the fog, the water, the museum, and don’t stop grasping.

Kathryn McMahon divides her time between the Puget Sound and southwest England. Her writing has appeared or is  forthcoming in The Forge Literary Magazine, JMWW, Hobart, Wigleaf, SmokeLong Quarterly, Booth, Passages North, The Cincinnati Review, and elsewhere. She is the 2018-19 winner of New Delta Review’s Ryan R. Gibbs Award for Flash Fiction. Find more of her writing at darkandsparklystories.com and follow her on Twitter at @katoscope.