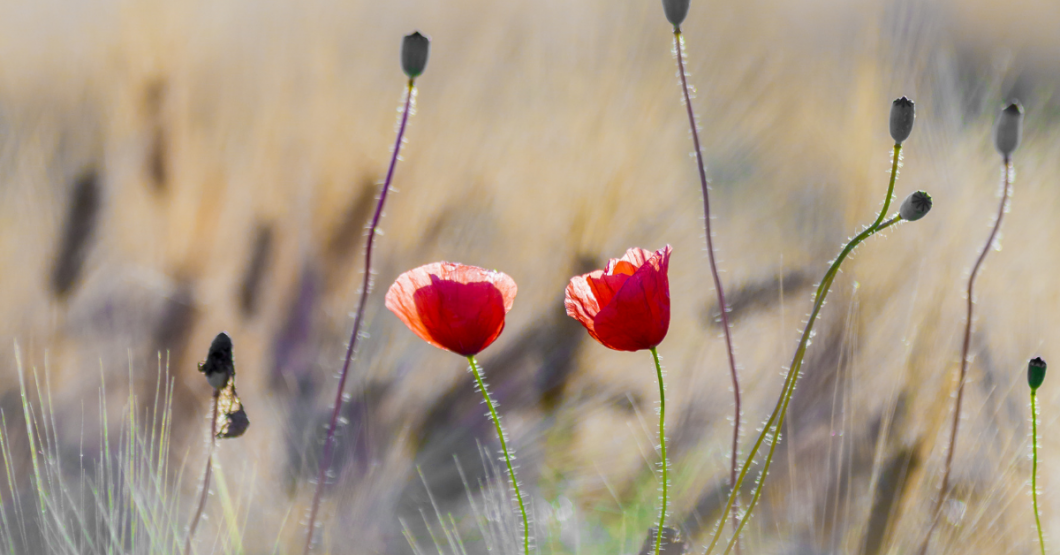 In an unknown village on the outskirts of a small town miles away from the city, a girl not more than six years of age lives. Three hundred steps from her home, there’s a small, eerie cave. At ﬁrst, it was almost an hour walk with her clammy little feet. Doing it every day, back and forth for some time, cut it by almost half an hour. There she goes, heavy footsteps on the drought-winded land. Her black hair cascading down her back like a dark waterfall. Her white flowing dress swaying rhythmically along the heated wind. Her bare feet sometimes cracking on the twigs and wearing down the stone. She continues on her merry way. Her body bouncing as though there’s spring on her toes, for she hopes today may be the day that will be unlike yesterday.

On her way to the cave, she comes upon a beautiful meadow. What a treat! Greenery and flowers these days are a myth. The wild roses are in bloom! She dances with delight and starts to pick the red ﬂowers, thinking of someone as she makes a bouquet. Fingers bloody and a little numb from all the roses’ thorns, she clutches the bouquet in her little hands and off she goes on her way to the cave. A few minutes later, she finds herself at a river. The water has almost dried up and the absence of a bridge is fine. She knows her way through the stone. While crossing, she is elated to see a narrow flow of water. She washes her hands and the stems of the roses ﬁrst, removing the dried little droplets of blood. Cupping both hands, she samples the water and drinks. She almost forgets to reﬁll her water jug! Water is scarce, so she comes back to ﬁll it to the rim, thinking that it might quench someone’s thirst.

When she can almost see the mouth of the cave, she pauses to catch her breath. This is the most difﬁcult part of the terrain. One wrong step and she’ll be spluttered below the dais of sharp stones, lifeless. But she continues anyway, careful and surefooted. At last she comes across the clearing. Once filled with trees, with the sunrays peeking through branches and leaves. Now, a scrap of deforested ground. It amazes her to see a bannock with its fruits that are ripe for the picking! How is that possible? She doesn’t know if it is because of what happened to this place that the bannock tree is almost bent into two or because its fruit is just heavy, but she is glad and proceeds to handpicking the fruit. It will be perfect to ﬁll someone’s hunger.

Happy with her collections, she carries on to the mouth of the cave. There, she sets the fruit and water and ﬂowers on a stone that is perfectly cut out as a table. Looking at it all, she realizes today has been full of surprises.

At the mouth of the cave, she waits and hopes for another surprise.

She waits for her father.

And the village men with him.

Some months ago, when the weather was warm and agreeable, her father and other village men entered the eerie cave, intending to end the constant fear. The cave is said to be where a valiant lion resides and comes out once a year to take prey.

That night, her father and the men never came out.

On that same night, the last rain known to them poured torrentially as if in mourning.

The next night, the ground started moving.

The morning after that, the villagers were forced to evacuate due to a landslide.

The landslide destroyed their little community, forcing them to start a new life somewhere.

So she comes here every day.

In front of this eerie cave.

Hoping today will be the day that she’ll show her father the new way home.

And every day, she is filled with hope.

And today, unlike yesterday, distant footsteps can be heard.

Mia Castro is a 24-year-old Filipina with a desk job at a bank and a Master’s degree on the way. Reading and writing are her refuge against the real world. “The Little Guide” is her first published story.