Joy Ladin’s The Book of Anna is a vital investigation of genre resistance and redemptive doubling.

“Today I decided to write great poetry. / Or die trying.”

Anna Asher, the protagonist of Joy Ladin’s The Book of Anna, is a firebrand, a woman searching for meaning, aware of her own internal strain and visceral hungers. A Czech-German Jew, Anna lives in post-war Prague where she writes poetry and works as a receptionist for the secret police, but she spent her youth in a concentration camp. The book consists of three distinct but synergistic elements—Anna’s interleaved prose diaries and poems, and the author’s incisive afterword.

Joy Ladin, award-winning author of nine books, including The Soul of a Stranger: Reading God and Torah from a Transgender Perspective, conceived of Anna’s story and wrote The Book of Anna during her gender transition. In the system of poetics she designed to bring this project to life, Ladin gave Anna simultaneous access to three languages and storytelling modes: a poetic vernacular, theological inquiry, and the propulsive motor of prose reflections.

Concealment, origin stories, doubles, and trauma are exigent themes mirrored in all three elements of this book. The device of the diary gives the protagonist the narrative framework to signpost to herself (and the reader) that she knows she is on a path of reckoning and becoming. In her diary, she curses, argues, aches (“I want to connect … what cannot be connected”), conjures golems, and doubts herself. Anna thinks expansively, often lyrically, but in her diaries, she writes in a profluent style. She often activates her heightened awareness to observe the natural world in vivid detail:

The woods are still cold, but bright, very bright. The limbs hide nothing, and nothing hides
in them. Every scar, every hole, every twist toward sun is visible at a glance. Only the boys
are hidden. I could be kneeling on them. I carry a notebook, but I never open it. Nature
doesn’t inspire me. My fallacies are not that pathetic. Earth doesn’t care what it holds, or
who, for a moment, is pressing her cheek against it.

The specificity and vigilance (the word “every” is repeated three times) of the diary reflections help readers calibrate their optics to the way Anna sees the world. She is fastidious, opinionated, deeply wounded, and painfully awake.

The pace of the diary is also significant; journal entries let the reader modulate from the narrative present (“I force a little in”) to the narrative past (“I used to hide here as a child”). This feature shows readers some of the challenges and pains that alternately block and empower Anna, and inform her storytelling practice, as she strives to inhabit her life (“Today I quit my position”). Readers see how the character’s musical mind and anxious heart shape her poetry practice and her interactions with the external world:

My window’s wide open. In the next apartment—not Wischnauser’s, the other side, where
the old widower lives—the radio is blaring tinny Chopin. ‘Grande Valse Brillante,’ as self-
justifying a beauty as any aesthete could wish. My mother said it made her so happy she
could barely play it. Too much joy—fatal by any interpretation.

The interleaved poems hold the same lyrical DNA and sharp wit that vivify Anna Asher’s diaries, but the delicacy and distillation of the verse and the spatial contrasts from page to page slow the reader down, allowing for varied temporal and interpretative engagements. The structural shift from prose passages to poetry sequences suggests that the artmaking ecosystem is essential for this character. Poetry alone would have been eminently readable (downright astonishing, actually). But the insistence on the whole, composed of discrete but dovetailed elements that spark each other, demonstrates that, for this character—a woman who suffered so much, and who is fighting to be seen, heard, and understood—the thinking behind the artmaking is as vital as the art itself.

While the prose entries give the reader breathing room, the poems unlock a haunting dimension. In the distilled sequences, though Anna writes with technical acuity, her trauma feels more potent (“I choked in that cloud / of roses”) and destabilizing (“I haven’t spoken / since the camps”). With dexterous diction and lineation, and symbolic weight (“as though every corpse / were an unfinished golem / ripening / toward human”), what Anna strategically withholds becomes more evocative and indelible. It is the result, as Ladin opines in the afterword, referencing Bakhtin, of centripetal and centrifugal literary forces colliding that “multiply possibilities and perspectives” rather than narrowing the interpretive potential for the reader.

In “Shabbat,” Ladin shows Anna as a craftswoman carefully weighing tone and register to communicate the complex interplay of family tensions and the unimaginable atrocities of the Holocaust:

Ovens, gas—Child’s play, Mama, melodramatics.
Not a cry for help, but still an embarrassment
To an artiste like you, who made a living

aestheticizing torment. With every note,
one critic claimed, you
‘sounded unsounded abysses.’

Unsounded by a God
more potent that Chopin,
iniquity flourishing mattered less to you

than strings and wooden hammers.

Anna the poet—Ladin as the poet writing the poet writing poetry—lets ghastly images hover, centers the danger(s) of sublimation, and variegates her line lengths to thicken the atmosphere. She isn’t afraid to address God directly or play with dark humor (“the corpse says / I have certain needs”). As the reader engages with each poem, vertically, then left to right, from poem to prose, ideas and motifs are fired and relit by charged symbolism (“clay” and “golem”). Anna’s poetry is precise and thematically anchored, two hospitable features as the reader looks for handholds during her difficult journey. The repetition of “eye,” “breathe,” “hold,” “fuck,” “time,” “God,” and “sick,” for instance, point back to the character’s desires to see, to test the limits of rabbinical ruminations, and heal from the dissociation, sexual assault, and incalculable damage from her years spent in the concentration camp.

The stylistic variation between poetry and prose is not a gesture or gimmick, but a crucial element to realizing the telos of this impressive text. In the book’s afterward, “Anna and Me,” Ladin explains her generative engagement with work by Geoffrey Chaucer and Mikhail Bakhtin. The relationship between criticality and creativity led Ladin to think more deeply about the application of “‘chronotopes,’ shades and flavors of space-time generated by literary language and ‘language-images,’ bits of language deployed in ways that signify and evoke whole discourses and worldviews.” The space-time fractures approximate the internal ruptures and sensorial fractures resulting from Anna’s traumas.

“Verse reverses, prose proceeds,” argues Richard Howard, so what is the effect of merging those forms? What space is created—or compressed—when the writer unites prose, poetry, and a metacognitive critical reflection? In The Book of Anna, we see (and hear) a writer on a mission (two writers, actually), working through erasure and historical trauma. Anna’s life and work defy easy categorization, and they should. The mixed forms, revealing and concealing in turn, help to foreground an authentic storytelling pathway and give the reader purchase in the protagonist’s and author’s arcs.

Anna’s tale is Ladin’s, and Ladin’s is Anna’s. Rigorous, dazzling in scope, The Book of Anna’s three-part structure creates a literary ecosystem in which readers witness the slow detonation and reinvigoration of a woman determined to first see herself, locate her voice, and then share the full texture of her story. The push-pull tension of survival and “real” versus “imagined” realms create fecund territory for craft theory and narrative inquiry: how do we narrativize complex traumas, loss, and the idiosyncratic processes of healing? What forms, materials, and methods are useful, enduring?

While religious or intertextual erudition might arguably support broader comprehension of this project, any reader can stumble onto these pages cold and encounter an original approach to historical poetry, feminist agency, and transgender authorship.

The Book of Anna is a second edition of a critical text of trans literature, and it situates itself within the exciting tradition of hybrid-genre storytelling. Ladin joins artists and writers breaking stylistic ground, such as Anne Carson, Sesshu Foster, Diana Khoi Nguyen, Maggie Nelson, Donna Minkowitz, Shayla Lawson, Claudia Rankine, Dao Strom, Stephanie Adams-Santos, and Bianca Lynne Spriggs. Ladin’s innovative structure and urgent content, animated by her inexhaustible imagination, make the project a valuable hybrid text for gaining insights into Holocaust writing and metacognitive creative writing. With The Book of Anna, Joy Ladin hits the transcendent notes while also laying the foundation of an immersive story world. The book is operatic—an epic endeavor—but the material is so finely crafted and deeply lived, reading it becomes natural and intimate, like a friend whispering into your ear: “I need to tell you something.” 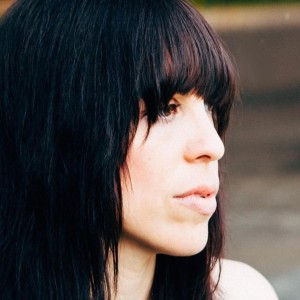 Margot Douaihy is the author of Girls Like You and Scranton Lace (Clemson University Press). Her work has been featured in Colorado Review, The Florida Review, PBS NewsHour, North American Review, and elsewhere. She serves as editor of the Northern New England Review.