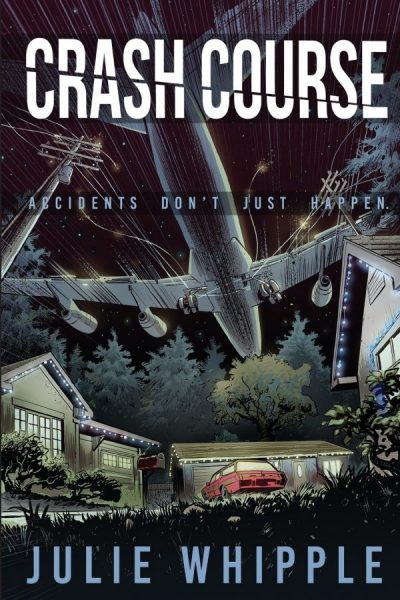 Julie Whipple’s Crash Course (Yamhill Canyon Press, 2018) is a lucid and engaging examination of a tragedy that occurred in the city of Portland. On December 28, 1978, a DC-8 jet airliner plummeted out of the night sky and crashed in an empty lot located on East Burnside, costing ten people their lives. Whipple’s account invokes the “tick-tock” tension of a thriller, the drama of the courtroom trial, and the cool-eyed analysis of a procedural. It is a look at the ways in which the American justice system has been altered in favor of large corporate interests at the expense of the individual, and it is also a daughter’s paean to a father who fought the good fight in court. Crash Courseis both a gripping read and a damning indictment of the Byzantine legal maneuvers that have eroded the role of the jury and the individual plaintiff in favor of judicial fiat.

Stewart Whipple has been an influential member of Oregon’s legal community for decades, and while visiting her father’s office, Julie saw in his archives “a still-resonating tale of victory and injustice that’s always been there for the asking, the records of a poorly-understood, life-and-industry-changing airline disaster and lawsuit that for years have been stacked and curtained on steel shelves near his desk.” In Crash Course, Whipple set out to tell the story of the disaster using the unique records available through her father. The crash featured multiple elements of grace, near-miraculous occurrences that prevented the death toll from being far higher: the plane was slowed in its descent by high tension wires after which it crossed four lanes of busy traffic (without impacting any cars), ending up in a vacant lot that was only fifteen feet away from a 47-unit apartment complex. In the wake of this disaster came the assigning of blame and the presenting of suspects.

Was it the fault of United Airlines, whose lax inspection and lack of maintenance of a crucial eye bolt caused a situation where the crew was unable to determine whether or not the landing gear was deployed? Or was it the fault of the captain and the “top down” cockpit culture of the time, causing a situational tunnel vision in which the circling aircraft could run out of fuel while the crew attempted to figure out the status of the landing gear? It would ultimately take a lawsuit and a jury to apportion the blame.

One of the survivors was a little girl, Lisa Andor, who was orphaned in the crash. Andor, represented by Stewart Whipple, sued United and this lawsuit forms the primary backbone of Crash Course. It is the courtroom section where Julie, aided by her father’s voluminous record keeping and an unmatched perspective, offers the reader a glimpse of a bygone legal age where the voice of the “little guy” might be heard (and maybe even triumph) when going against deep corporate coffers. While offering the tension of any good courtroom procedural, Crash Courseis also a wistful elegy for a time of greater corporate and legal transparency, a time before binding arbitration and “tort reform” hobbled the rights of the individual in favor of big business.

The collusion between government regulatory agencies and the businesses they are intended to regulate has unfortunate resonance with our current era. The FAA’s chummy relationship with United in regard to the problem-prone eyebolt set the stage for the (seemingly) inevitable disaster. In today’s America—where regulatory agencies have been hijacked by their long-term opponents and subverted to serve as arms of corporate policy—the relevance is obvious. Failure to learn from (or a desire to willfully omit) the lessons of past experiences, like those found in Crash Course, have led us to our current precarious reality. We are all of us in the gloaming between regulatory failure and inexorable catastrophe.

Julie Whipple is a writer and educator living in Portland, Oregon. She holds an MFA in creative writing with an emphasis on nonfiction, and has worked as a journalist in Kenya and Tanzania where she was the East Africa correspondent for the London-based, weekly news magazine Africa Economic Digest. She also filed stories for the London Observer, South Magazine, Radio France International, and Deutsche Welle, among others, and locally her work has appeared in The Oregonian, Portland Business Journal, and Portland Monthly. A portion of Crash Course, which is her first book, was a recipient of the Kellogg Award.