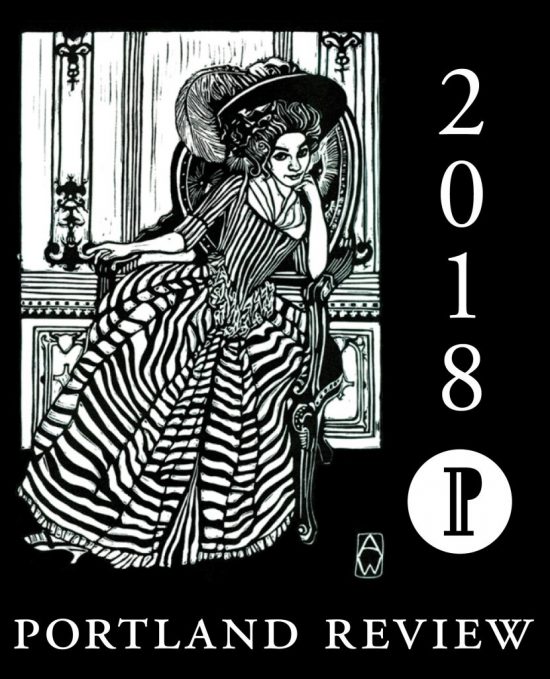 To pre-order your copy of the 2018 issue, please visit our Subscribe page. The first ten people who pre-order the 2018 issue will receive an additional free book from Portland small press, Future Tense Books. For over two decades, Future Tense has published books by some of America’s most exciting emerging writers such as Chelsea Martin, Wendy C. Ortiz, Gary Lutz, Tatiana Ryckman, Chelsea Hodson, Monica Drake, and many more.

Congratulations to all of our 2018 contributors. We welcome all to join us at our 2018 launch reading on April 12th, 7-9pm at Literary Arts in downtown Portland! For updates and to RSVP, please click here. Our 2018 release readers are…