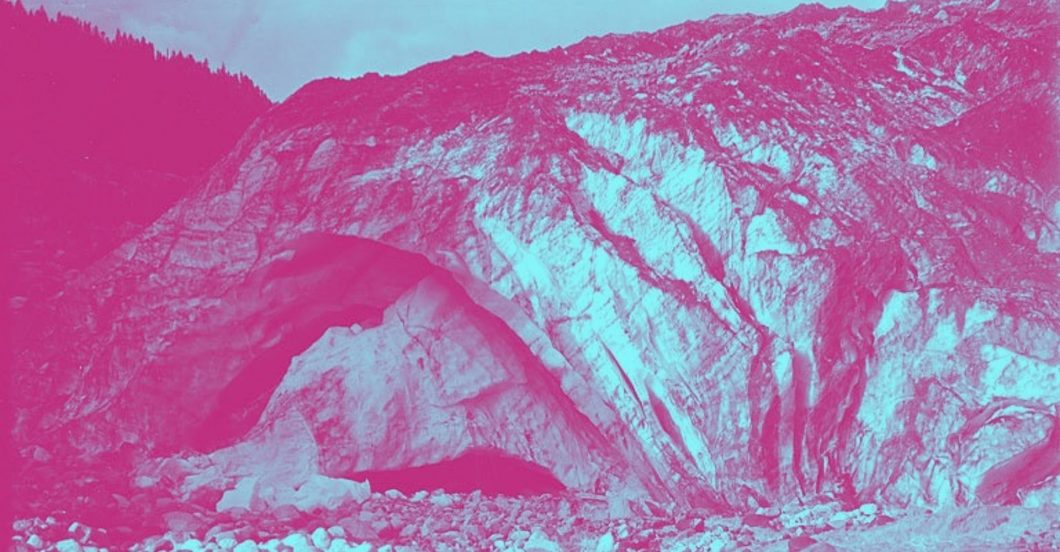 I can’t hike the Cascades without thinking
the worst, be it rockslide or heatstroke,
or cougar springing out of the ferns and devil’s
club. Day of fun ruined. My dad carries
a Glock on his hip to make him feel safe

but I know it’ll be the asthma that gets him.
Or crashing blood sugar. Or bad knees.
At the end of a two-mile trail at Big Four,
you’ll encounter a yellow danger sign about
the ice caves, but I’m sure to everyone the risk

is worth it, if merely to clench a handful
of snow and stand for a photo, small against
the white and blue field sloping in the mountain’s
shadow, all smiles and a picnic afterward.
See, nothing to worry about. Like anything,

of course, warning adds to appeal, draws
us in like Eve to the serpent, makes us feel
greater than we really are. Maybe the guy
from the alpine institute was right in saying
we need a fence, that people don’t read signs.

Saying the saddest part about the tragedy
may be that it was preventable. Referring to
a woman who recently entered the caves,
not the eleven-year-old girl standing with
her mom at a reasonable distance, five years

earlier. I’ve approached the gaping caverns
many times, boots splashed by melt, felt
the cold and constant breeze against a sunburn.
Always amazed by the waterfalls distant
and still-looking, like chalk lines in the granite.

By hikers sitting alone high up on ledges,
legs dangling, and others grouped on the flats
jamming out to music from a phone. And somewhere
among the boulders and speckled fireweed,
among the fresh shoe-prints jumbled every-

fish sandwich, calculating how many feet
to the right or left would’ve saved the child.
How many seconds she had to react—if any.
I’ll ponder the moment the dad returns seasons later,
pink cross over his shoulder, and his return

when the forest service asked him to remove it.
I’ll question ideas of a loving God, eternal
rest, and entertain the chance that the ground
remembers. That such loss can leave behind
an energy, render a place sacred and troubled.

Every Sin Already Carries Grace Within It

I wasn’t my best self on the way
to work this morning when the black
Chevy pickup passed me on a blind
corner and immediately slammed
on its brakes, not one but two American
flags fluttering from poles staked
in the truck bed, an AR-15 #Fuck

Off sticker on the rear window beside
another saying Kiss My Rebel Ass,
and contemplating how anyone could
find the energy to be a douchebag
at 7 a.m., I proceeded to ride his ass
for the next mile, my Kia’s horn a sad
and steady shrill, my middle finger

thrust out the window. Then it dawned on
me that he’s likely packing, and here
I am a proud pacifist until a second ago
and giving him just the reaction he
was after, and my teenage daughter
sitting next to me, secluded by the song
in her earbuds but suddenly upright

and stiff in her seat, a hand pressed up
against the door, thoughts about a boy
or her outfit and makeup, or friends
she’s planning to meet at her locker before
first bell now gone, small compared
to the terror and helplessness straining
every muscle in her face, an animal

look I know too well, causing me to ease
off the gas. In the silence that followed,
like the dull and heavy waiting after
a thunderclap passes through a forest,
I watched her shift away from me in
her seat, forehead resting on the window,
no words necessary. And all this time

I thought I was making real progress.
Could start saying recovered, find peace in
the past tense. I can see myself sitting
in the kitchen tonight after everyone’s
gone to bed, the lights off and trying
to believe Every sin already carries grace
within it, a line I once read in a novel.

And I’ll try to believe I haven’t lost
my kids, that I never spanked them and left
bruises. Never locked them in a garage
for being too loud. Never stole money
out of their piggy banks or drove drunk
with them in the car. But I’m told these sins
must be remembered, vital for growth.

Like after a first relapse, waking up on
a daughter’s bedroom floor, her staring
down at you and clutching a blanket. Three
years old and already a sadness in those
huge brown eyes of hers. Like she can
smell the shame from your pores, and knows
that no amount of shame will be enough.

Really, it’s the hope that hasn’t been kind,
a strenuous effort that still defines daily
life despite so much evidence countering
her own. All will and no reward. Months
shy of seventy and strong enough to lug boxes

down from the loft with old school work
and Mother’s Day cards, but get her thumbing
through my brother’s drawings of Thor,
dirt bikes and dinosaurs, and she’ll hold one
flat across her palms like it’s priceless

or minutes away from becoming ash, barely
able to say to me, See, look how creative
he was, as if proving the theory she’s often
maintained, that he was able to outsmart
Mexican gangs and is living out his days

in witness protection. And to stifle any doubt
she might notice, she’ll hand me an Otis-
Lennon Mental Ability Test, his IQ at 133
in 7th grade. God, how I wanted to grab that
form and take a lighter to it on the porch.

sounded like a house party on The Other Side,
my brother laughing and calling for more
shots, to crank up Mötley Crüe playing on
a boombox. Paused his fun long enough to say
that my mom should listen to her therapist

and stop blaming herself—yes, it was her plan
for reconnecting with his birth father after
eighteen years, but she couldn’t have known
the asshole would introduce him to heroin.
She and I were sitting under a pear tree in her

backyard, and I watched a neighbor’s back
and forth route on a riding lawnmower, a spray of
clover and grass clippings on the sidewalk
so I wouldn’t have to look at her, the phrase
We don’t know what we don’t know repeating in

my head like an ancient Buddhist doctrine
keeping me centered. Sometimes I’ll venture
downstairs to her basement, pull the window
shades open and stare at a stack of photo albums.
Not going any further than that, just staring,

lying on the couch. Sometimes I don’t know
what I still mourn, unable to separate a brother
from the lost cause he embodies. Unable to
tell if I pity or envy a mom tending hope like a signal
fire, and I wonder who the light is really for. 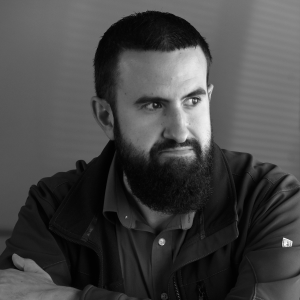 Brandon Lewis was born in Seattle, Washington, and lives with his wife and children just north of Centralia, where he teaches high school English. In 2018 he received his MFA from the Rainier Writing Workshop at Pacific Lutheran University. His poems have appeared in Superstition Review, Nashville Review, Naugatuck River Review, and The Tusculum Review.