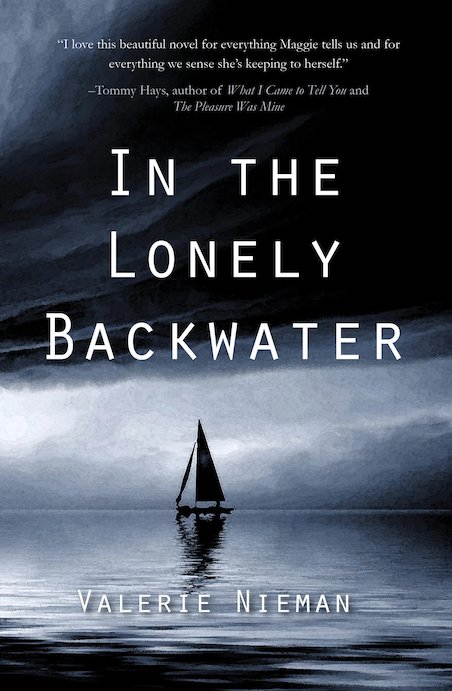 In the ever-evolving pantheon of young adult literature, it’s rare to find a story so relevant, so intellectual, that the book will appeal to even adults. However, Val Neiman’s In the Lonely Backwater isn’t just another young adult novel. Much like its main character, Maggie, In the Lonely Backwater is uniquely intellectual, and more importantly, it’s the story of a young woman on the brink of adulthood who, throughout her life, has overcome her mother’s abandonment, her father’s alcoholism, and her peers’ stereotypes of her to become a successful, academically inclined, hard-working student with dreams of escaping Filliyaw Point. Nonetheless, when Maggie’s rich, beautiful cousin, Charisse, disappears on prom night and is found dead at the marina where Maggie works and lives, Maggie’s outsider status intensifies, and her life unravels more and more as it turns out that innocent Maggie is the object of a stalker’s desires.

What sets Maggie apart from other young adult protagonists is not only her maturity, but also her intellect. While other YA novels like Gena Showalter’s Oh My Goth perpetuate the negative and harmful stereotypes of the outsider, Nieman’s novel carefully establishes a critique of not the ostracized individual, but the systems and circumstances that have resulted in that individual’s ostracization. Maggie is the victim of circumstances: bright and curious from childhood, Maggie’s mother and father, too absorbed in one another, often neglected Maggie’s needs and, in the case of Maggie’s materialistic, superficial mother, forced Maggie into an identity with which she wasn’t comfortable. Eventually, after meeting an older, richer man who can better provide for her “needs,” Maggie’s mother abandons the family, propelling Maggie’s father into a seemingly perpetual, alcoholic state. Maggie’s father ekes out a meager living as a marina manager and boat mechanic, and Maggie survives on a diet of Mountain Dew and Hamburger Helper. Her socio-economic position adds to Maggie’s struggle, because not only must she act as a parent to her alcoholic father, she is also the target of bullying from her rich, beautiful cousin Charisse.

While the mystery surrounding Charisse’s murder is the novel’s center, rotating outside the carefully depicted murder investigation are Maggie’s personal reflections and entries from her journals. What readers see is a young woman whose abilities could potentially be hampered by the social and financial gatekeeping inherent in higher education. Maggie’s journals reveal a devotion to categorizing and studying nature, like her scientific hero Carl Linnaeus. What works so well in the novel is Nieman’s careful placement of Maggie’s personal reflections about Linnaeus’s studies and the importance of them in her life, as well as her interactions with the ongoing murder investigation. Ultimately, Maggie’s reflections and observations combine in a subtle, clinical manner, so that by the novel’s end what readers see is a bildungsroman, a young woman’s determination to lift herself from the disparaging circumstances which threaten to tie her to Filliyaw Point.

Another element that strengthens In the Lonely Backwater is its focus on place. Throughout the book, Maggie meticulously describes the lake which is her home, her prison, and her playground. More significantly, what Nieman’s writing makes readers realize is how much influence, positive and negative, place has on the individual, and how experiences in that place shape and change a person so that when that person leaves a specific place, though they may not return, it is still part of them. These philosophies about place are reinforced by Maggie’s inclusion of Linnaeus’s observations about Lapland in her journal. In Linnaeus’s observation, he seems awed at the Laplanders’ lifestyle and how it contrasts with that of traditional Europeans. Similarly, Maggie is awed at the wealth possessed by her maternal family, as well as the inaccessibility of it, and she stands as the antithesis to Charisse. Charisse is the female embodiment of the antebellum South that many Southerners still celebrate: Maggie is the wilderness, and she possesses an unconventional beauty overlooked because of America’s obsessive fixation with the “perfect” beauty, as possessed by Charisse and Maggie’s mother.

It’s at this point that In the Lonely Backwater undergoes yet another metamorphosis as it slowly develops a more relevant conversation—one where sexual identity and body positivity are at the forefront. One of Maggie’s few friends, Nat, the son of a deacon, confides to Maggie that he has no sexual desires, attractions, or urges. This baffles Maggie, at first. However, after Maggie considers how many creatures in the natural world shift gender, and even function, Nat’s revelation becomes clearer. Maggie then begins closely scrutinizing her own body—her height; her self-described “muffin top,” which makes her feel ashamed. This self-examination eventually provides clarity for Maggie, but throughout the novel readers are fully entrenched in her struggle as she compares herself to Charisse and her mother, with their expensive, impossible beauty standards belonging to only those of wealth and privilege.

By the time they finish, readers realize Nieman’s novel is more than ordinary young adult fiction. It possesses all the thrills and chills of a murder mystery, and it tells the tale of an outsider looking in at a society hellbent on unacceptance. However, Maggie transcends the typical tropes teenage narrators often are forced into, and, much like the heroine Ruth Miner in Leah Angstman’s Out Front the Following Sea, becomes a character for whom and with whom readers empathize as she strives to overcome socio-economic oppression and societal rejection. In tight, yet poetic prose, wasting not a word or a sentence, Nieman skillfully takes readers into the life of a young woman tumultuously standing on womanhood’s edge and creates a Southern mystery sure to intrigue. 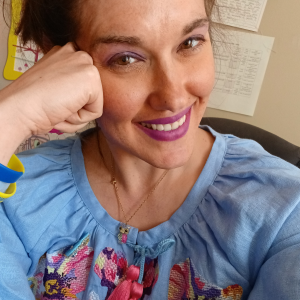 Nicole Yurcaba (Ukrainian: Нікола Юрцаба) is a Ukrainian-American poet and essayist. Her reviews, poems, and essays have appeared in The Atlanta Review, The Lindenwood Review, Whiskey Island, Raven Chronicles, Appalachian Heritage, North of Oxford, and many other online and print journals. Nicole holds an MFA in Writing from Lindenwood University, and she frequently reviews books for Colorado Review, Tupelo Quarterly, Southern Review of Books, and Sage Cigarettes.