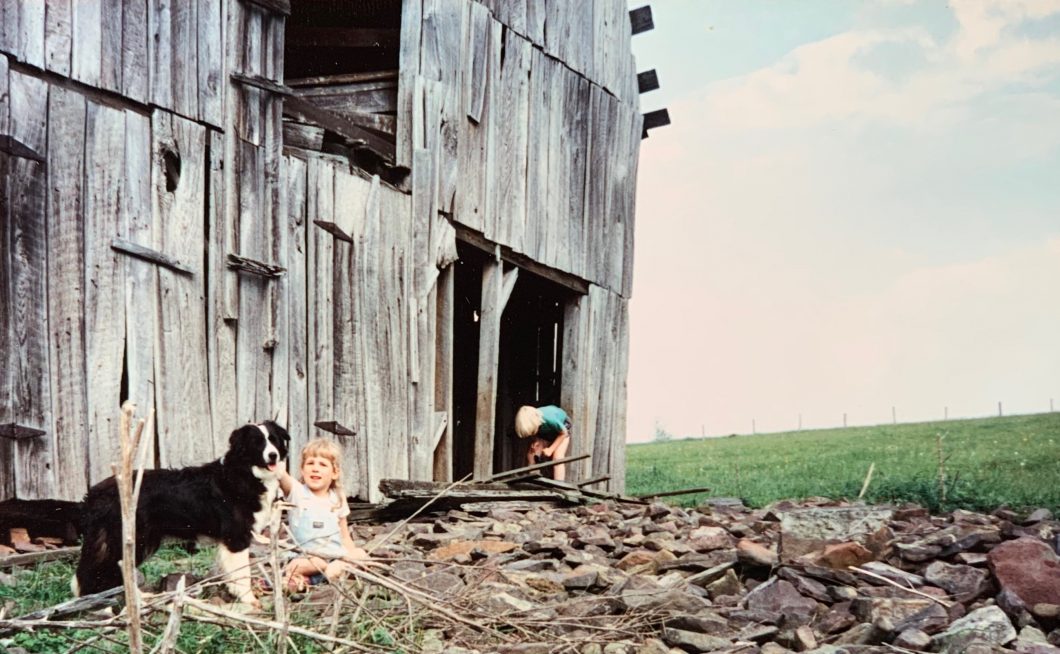 The first house she built was made of rotten crates. The second one was a smashed HowFly with the seats torn out and pink insulation for sleeping. The third house she never built because by then most of her had been eaten by the vultures and the gulls.
—Chandler Klang Smith, The Sky is Yours

Every August we picked wild berries on a high, flat mountaintop. A peculiar aquifer made the mountaintop a boggy heath, rocky and stubbled with low old pines warped and buckled by the wind, a displaced island of tundra floating among comparatively ordinary West Virginia hollows. Our mothers picked, and we ran off down the deer paths crossing our moor, singing loud to keep the bears off. And then we’d spot it: the leeward side of a hillock, where the wind quiets when you kneel in the huckleberries.

This is our House, we’d say. Here we’ll drag over the deadfall, pile up the stones, gaze out on our dewy wilderness each morning. We’ll cook our roots in the water of this rivulet, and in the winter we will insulate with snow. This rock is my bed, and that one is yours.

Or the House was a sunny corner of the ruins in our neighbor’s pasture. The pastures all around were full of these ruins, from the Civil War harvest of 1864 when soldiers systematically burnt all the wheat in the fields, and all the barns full of wheat, and shot or drove off the livestock. Winter closing in. After the flames went out, the bigger barns left behind their limestone foundations, and a hundred years later we played in the warm grass inside their walls. We had to time our foraging against our neighbor’s tractor circuits—he should never know we lived here, herding his cows back and forth across the meadow just for fun.

Or the House was made of couch cushions, or the House was a certain maple branch. Or the House was a spaceship’s floorplan rendered on graph paper on the back of a hymnal during church. Here were my quarters, the bed, the lounge, the bathroom. I drew the sink and bathtub just like my father’s stencils when he was working on blueprints for a bid. I saw how his blueprints grew into concrete and two-by-fours and the windows you drew would really get built. I played House in the sawdust of houses.

Still, it’s easy to remember House only through our adult projections, which are well-represented in the books adults write for children. We expect it plays out like in the old Golden Book, Little Mommy, a naive suburban feminine-coded game wherein Husband drives to the city and Little Mommy must make the beds and hold the bottle between Baby’s perpetually pursed lips. How embarrassingly constrained for our daughters, how tedious for the others! Can’t they play something imaginative and trailblazing, like Trial Lawyer or Mountaineer? (Of course they can! There are plenty of games).

But if you listen closely, even at its most literal a game of House is fraught with urgency. The dolls are really in danger of getting lost and malnourished and losing limbs (the way even sheltered children are fantastically endangered in their parents’ nightmares). Getting everyone fed and tucked in is difficult work and requires enormously imaginative shifts in the fundamental nature of the world. What is a bed, and who is a family? The forsythia bush, you and me. What counts as food, and how will we cook it? Wild onions and sundried algae cakes; on a sunny slab of limestone. Who is after us? The tractor, the Spider Witch, boys.

Worldbuilding is the dignified grownup word for answering these questions. The rush I used to get from a good game of House is the same cozy urge adults feel when surveying a fictional landscape, projecting themselves into the zombie apocalypse or Earthsea or the strange rhythms of Regency suppers and seasons in London. Like plot-based suspense, the House hunger feeds on human curiosity. Only here the propelling curiosities are domestic and subsistent, and the rush itself entirely orthogonal to plot.

There is, I think, a human craving for House just as there is for Story, but House as a driving force of narrative has been a bit neglected in the modern realist canon—no surprise that speculative fiction has the corner on House, going all the way back to hobbit holes. In fact, many early works of speculative fiction explicitly start with the basic physics of a child’s game of House: the music box summons Fairyland. The wardrobe becomes Narnia. The nursery staircase leads to the great-great-grandmother’s landing.

Last winter in workshop, Janice Lee introduced me to Matthew Salesses’ “Notes on Culture and Craft Part I,” where Salesses explores Milan Kundera’s distinction between realism and unrealism. He writes, “The psychological realist novel stands at odds with books where the world’s “naked” force becomes the organizing force of action in a novel.” No wonder speculative fiction has some of the finest Houses around—the game of House is an effort to accommodate oneself to what Salesses calls the external organizing principles. The little walls and stone pillows and daily chores are nothing but a ritualized acceptance of the constrained spaces available to humans—outside of modern psychological realism—for expression and agency.

But the hunger for House in fiction can just as easily fuel conquest and genocide as accommodation. Hi, Little House on the Prairie, romanticizing displacement with each new installment, each new House: the log house on Ojibwe land, the covered wagon to Osage land, the sod house on Dakota Sioux land. So often in realist fiction the House appears as a tool of conquest, bending the whole story back to the traditional arc of modern realism. It’s a wilder tool in the hands of speculative writers.

In Severance, Ling Ma takes the daily repetitions of office work, factory work, and dementia, and iterates them endlessly into a zombie-adjacent apocalypse. But the entire book is also built around the longer cycle of the protagonist’s repeated attempts at fitting herself into new spaces, inhabiting new countries, cities, apartments, her boss’s abandoned office, an empty mall. It’s a cyclic game of House, forever accommodating the “world’s naked force”—building a new plot structure outside the usual arc.

Which isn’t to say that House isn’t a potent tool for writers of any genre. In my own experience at least, two things—buried beneath the accumulating onslaught of short-term memory, tasks, dreams, habits—linger longest in my mind after finishing a story: the prevailing emotional smell of the thing, and the setting. Or rather, that part of the setting the characters rub up against, the interface between character and place, the narrow boundaries of a character’s agency within the world’s naked force. The House lingers. Why? Perhaps it’s as simple as human brains preferring maps and architecture for long-term memories—the same reason great feats of memory are staged in memory palaces. What it feels like, though? The House-hunger of reading a new terrain stretches the map of my mind, draws a new synaptic geography, unlocks new spaces within my skull. This is why I read—not to find life captured perfectly, but to play House somewhere new: an unlikable character’s head, an apocalyptic landscape, a dystopian empire. To see myself accommodating an unfamiliar version of the world’s naked force.

My childhood home was a House. It had been crumbling into a little girl’s pasture in the 1960s, sheep wandering in and out, and when she grew up she had it remodeled until she’d taken on too much debt. Her decorating choices had gone unchallenged for the decades since and when we moved in it was a cheap rental with garish wallpaper and abominable layers of curtains. Still we played House; imagined ourselves the owners who might tear up carpets and rip out thin walls. Later, the house caught on fire and for months we wandered around, playing House in other people’s living rooms. Sometimes illumination of our own interior spaces is enough to trigger the expansive giddiness of the House-hunger, even when caught in a space neither new nor our own.

Because of course we couldn’t stop our game, our frail human attempt to not just inhabit but to project our inner selves on outside worlds, however constrained. Our interior architecture thrives in the light of imagined suns, crystallizes under otherworldly tectonics and regimes. We hunger to be revealed in a new place, and fiction puts new places within reach.

The catacombs beneath Atuan are one of the largest and most interior Houses in fiction. In the second book of LeGuin’s Earthsea series, the acolyte Tenar is the solitary heir to Atuan’s massive underground labyrinth and cave complex. She learns to navigate miles of passages by feel—the darkness and claustrophobia and immanent will of the place making it all one of the most enthralling games of House I have ever played.

Yes, said my thirteen-year-old self, first discovering the book on the Salvation Army shelves, Yes. This is what I look like inside. 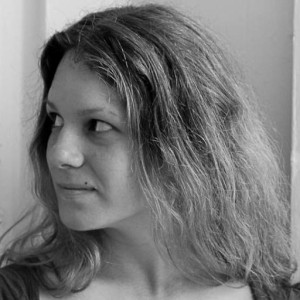