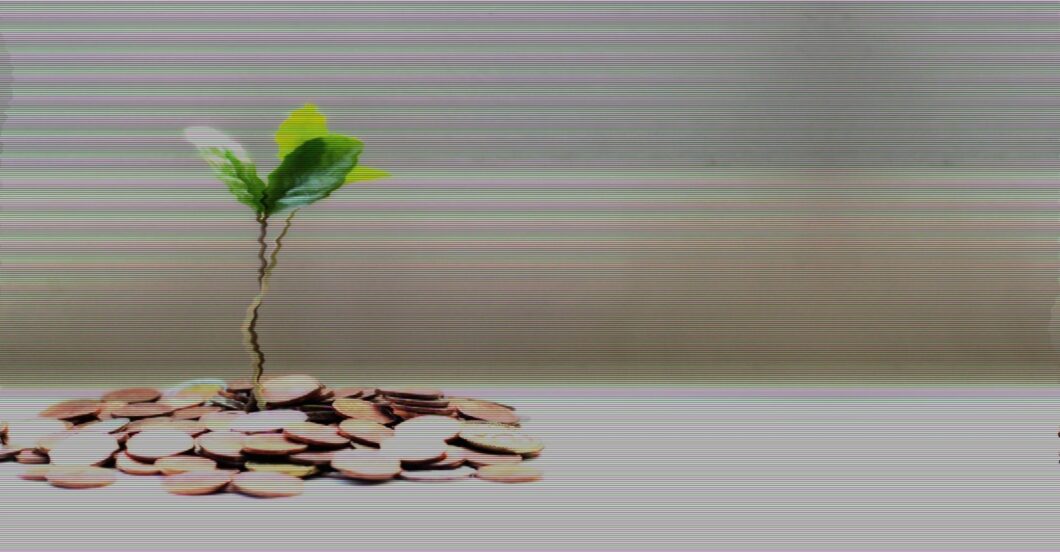 As a child I still recall the legends of famed writers and their golden pens, seemingly handed down to them from Midas himself. Writers who inked themselves into the eaves of history while enjoying lives full of fame and riches.

For instance, Charles Dickens’ alleged payment-by-the-word or Herman Melville’s hatred of writing (despite his lifelong commitment to it). While Dickens’s word-count-paycheck could explain his lengthy tomes, this myth has since been refuted; Melville’s disdain of writing perhaps still up for debate. Despite these enlightenments, career writing certainly seems a thing of the past.

From Wordsworth to Coleridge; Twain to Fitzgerald; romantics of a time long past when writers (admittedly, mostly white and male writers) could make a living off their writing. Something that’s underheard of today, in a time when anyone with access to a computer can be a writer.

From social media bloggers to self-published authors, to all those bored, stay-at-home moms using their online recipe blogs to tell their life’s story before finally and exhaustingly relieving themselves of the ingredient list.

Despite the explosion of the internet offering this easy access, writing today is still a luxury that few have the privilege to enjoy and even fewer the privilege of the profits. Truth be told, if you’re like me and have found yourself interested in career writing (and don’t happen to have an abundance of wealth you’re sitting on) you’re probably better off leaving it behind; at the very least, from a financial standpoint. I realize how this sentence makes me sound— having written, read, deleted, and rewritten it again. All in the vain hope of sounding less like a cynical old man.

Yet, jaded cynicism is not my intention.

Rather, I’m interested in pulling back the curtain of the writing industry (at the potential risk of losing that special mysticism we affix to it) in order to see all the crude machinery within. Why? Well, maybe because I’m interested in the allowance of new or establishing writers to fully realize what they’re getting themselves into; or maybe because the mystical nature of the industry has been a somewhat difficult obstacle to overcome in my own career; or maybe it’s just because I wanna know why the hell I’m still so enamored with writing despite it offering me no financial incentive.

Back around 2015, when I first began working through my undergrad prereqs at Portland Community College, I already knew that I wanted to major in English. I loved to read and I had a deep-seated desire to write (a desire likely fueled by those romantic dreams of sipping whisky in front of a group of curious and desperate eyes, all too willing to discuss the depth of my literary prestige… as if) and this desire would eventually drive me forward into the acquisitive arms of academia.

What I began to hear then was the same unoriginal and never-ending jab: I hope you like working in kitchens with all the other English and Psychology majors [insert half-hearted laughter].

Despite there being a certain irony in these people grinding right alongside me in the service industry, there’s also some truth to be had from it.

After all, if you aren’t majoring in Business or Engineering, dropping any other creative passion in the process for monetary potential, (as if money’s your only incentive) what are you even doing?

There’s no money to be had in strictly writing, and college is damn expensive. While an arts degree isn’t conducive to capitalist America, (as many baby boomers will likely point out to you— and often in a more or less condescending way) that doesn’t mean that there aren’t established paths to success. You’ll have to find other ways to supplement your income if you want to keep at it. Teaching is one option, though being wedded to the university while feverishly trying to keep your passions afloat amidst a sea of bad fan fiction and bureaucratic nonsense may not be for you (not to mention the years and years of schooling and potential debt required). Editing could do it, but this route may have the same effect of sucking away all your desires to write as you constantly juggle another writer’s work, deal with the boredom of administrative tasks, grind away at that neverending slush pile, write enough emails to fill your novel that’s been put on the backburner, and so forth.

Alternatively, you could work for Amazon. Writing up descriptions of products that you can’t afford while the world’s richest man refuses to pay you what you’re worth.

I wouldn’t. But you could.

No matter what, you’ll have to figure out something because your writing alone won’t pay your bills. The publishing industry is not what many think it is— reading your favorite author’s latest best seller book, it’s easy to convolute the tip of the publishing industry with everything and everyone hiding beneath the murky water. Most literary publications run off of fumes, their editors working for free, driven by that unknown something that perpetually drives people in the writing industry. The constant rejection letters will eventually have you bitterly welcoming any pocket change that happens to get tossed your way. Even when you do get to experience the elation of reading through an acceptance letter, you’ll soon catch on to the reality that these publications are being read by a shrinking circle of writers (mostly college students, editors, and college student editors).

But, I hear you wonder, what of the novel? Isn’t there money to be had there?

While it’s true that writers can make a decent advance for their novels, (if they’re lucky enough to make it that far into the process) the overhead of months, years, or even decades of work really eats away at the financial incentive. Say you make a generous signing bonus of 15k, but your dystopian fiction novel took you two years to write, working on it at least twenty hours a week. I’m no mathematician, but that 15k seems a lot smaller the more I think about it. And that’s not even considering the emotional and mental labor required for such a momentous task— all while working another job and juggling sixteen credits and being plagued by the endless self-doubt of writing a novel. (Will people like it? Did I lose that magic something a hundred pages back? Will it actually sell? Do I like it?)

So what can we do? That is, if you’re like me and still find yourself enchanted by writing despite the financial obstacles.

In order to fuel passions of writing (and art in general) most of us find ourselves behind counters, serving drinks, ringing up groceries, and overcooking steaks. Regular and often menial jobs.

Line cooks, bartenders, and sales associates. All so that we can hopefully find some time and energy at the end of the day to work on our looming novel manuscripts, scour Submittable for appropriate (and free) journals to send out tentatively finished work to, endlessly edit and rearrange other work, and so on.

For me, it’s mostly been restaurant work. Dive bars and single room kitchens, preferably. For a while I tried the corporate thing but I just couldn’t hang. Something about the plastic faces of shift leads and all the brown-nosing just didn’t click with me (but hey, maybe if Amazon doesn’t work out, I hear the Cheesecake Factory is hiring). I did manual labor gigs for years before the kitchens, but if kitchen work is bad, manual labor is it’s ugly cousin.

Writing is a privilege. A privilege that, as Lynn Strong points out in her essay, “A dirty secret: you can only be a writer if you can afford it”, often relies on the generosity of others— university or otherwise. And unless you’re lucky enough to receive private grants, consistent writing fellowships, or to get struck by some unheard-of book deal, you’ll constantly be running uphill; uncertain of job longevity in the competitive and shrinking market of writers.

Admittedly, this year is the first time I’ve had enough work in my field to supplement what would normally be my service industry paycheck. Aside from my position as the Fiction Editor here at the Portland Review, I’ve been lucky enough to hold another editorial position for a smaller magazine while tutoring high school seniors on writing twice a week. While some of this work pays and some of it doesn’t, my efforts do feel like they’re starting to get results, being able to pay my bills without selling my body to another dive bar— for however long this lasts.

The best advice that’s been offered to me, that I’ve been sure to pass on to others, was to find work that allows me the space to continue writing. Keep your bills paid while keeping writing close at hand. But this means making sacrifices. I live with two other people in a two bedroom apartment in an underfunded neighborhood in SE Portland. I wear my clothes down to the threads and perpetually live off of cheap food, my cat’s diet often more luxurious than my own. All while my savings account looks more and more pitiful over the years (sure, my dad had a house by his twentieth birthday, but at least I’ve got a couple months of rent saved away).

But why keep at it? Why suffer the consequences of an economically depressed passion career? I know I’m not going to catch some lucky break; struck by the lightning of an absurd book deal that catapults me towards the New York Times bestseller list. I’ve since accepted the reality that most writers, myself included, will remain unknown and unread, editors just behind them in obscurity.

So why keep running uphill?

For me, creativity has always been at the forefront of my life’s meaning. Music, poetry, fiction, or otherwise, every other aspect of my life revolves around these passion projects; soaking up what light they offer in this black void of capitalist space that has little need for self-expression.

The power and platform of the voice that comes with being a writer is just another plus (even if my published works are only being read by friends, family, and those few dedicated readers).

Being heard —being understood— within the context of writing is another mainstay draw for me and for, I daresay, most writers. There’s a certain power within the written word that could never be translated vocally from person to person. A power that relies heavily on personal interpretation, contemplation, and meditation (and an ungodly amount of unseen editing).

Creatives seem to suffer through the economic depravity intrinsic with consumerist capitalism in order to maintain our dreams of creating something worthwhile and meaningful. Something that could, maybe, actually last beyond our own short lives. Something that speaks to our experiences within the world and ascends beyond the normative. Something that captures the heart of the human experience.

Writing just doesn’t hold the idyllic fame and fortune that we were all sold as kids while eating up portrayals of classic writers. It’s better to come to terms with this sooner rather than later if you have any desire to explore writing as a career.

And maybe, just possibly, I’m only reminding myself here. 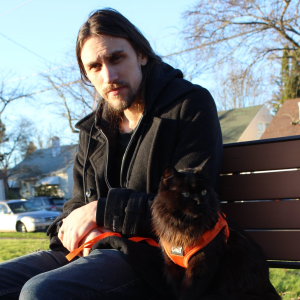 Dan Chilton was born and raised in Portland, OR where he now studies Creative Writing and English at Portland State University. He is the current Fiction Editor for the Portland Review.