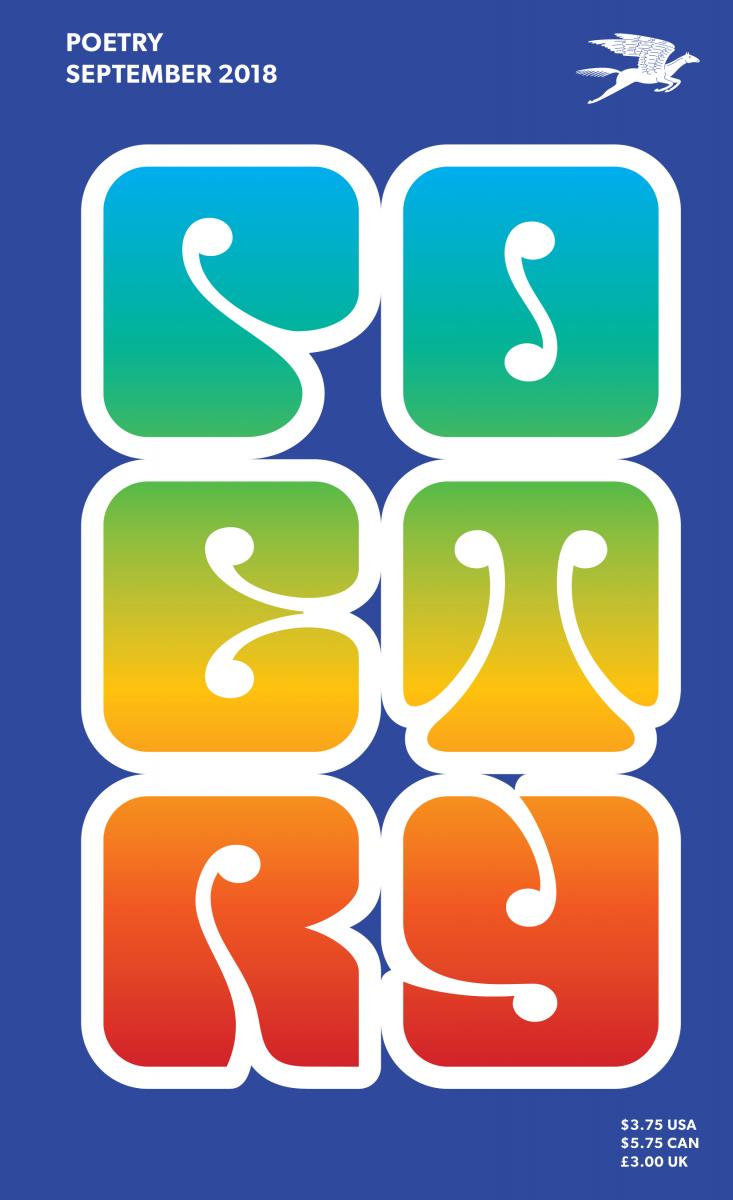 Poetry Magazine’s September 2018 issue is a collection of poems that speak strongly to the ideas of space and identity and the ways these two concepts are interconnected. Whether traditional or experimental in form, the poems in Poetry’s September 2018 issue explore the complexity of human relationships, addressing relatable and long-asked questions regarding one’s identity in relation to the self, to others, and to broader communities and cultures. The distance between subjects might be actual and tangible, or it might be conveyed through form or syntax, but all of these spaces reinforce the tension between differing perspectives.

“Heliocentric,” a poem by Keith S. Wilson, opens with a quote by Homer: “If I beg and pray you to set me free, then bind me more tightly still.” This quote stages the pleading tone that echoes throughout the entirety of “Helicentric,” a poem about two people existing in two literally different spaces. The speaker of the poem describes intimate details about the day-to-day lives of two people, though the speaker is alone in outer space. This spatial juxtaposition can also be seen in the form of the poem—white space emphasizes the distance between the subject and the object. The distance is further accentuated through imagery, the mythical and abstract contrasting the domestic and material. For instance, when describing the outer space surroundings, the speaker says “for here are / dragons and the noble song of sirens.” However, when describing the couple’s home: “you said pastel / for the cabinet where the spice / rack lives.” By combining the remote and abstract with the intimate and the tangible, Wilson is able to portray identity with distance.

Alison C. Rollins demonstrates that space and identity can be tackled through form alone in her poem “Object Permanence.” This piece uses syntax in a distinctive way to define the three perspectives of a boy, a god, and a mother. The multiple perspectives are differentiated and complicated with punctuation, creating gaps and tension between the characters. For example, the boy is described as an “ampersand” and “parenthesis,” and the poem later uses these symbols in place of words, upsetting both the identity of the boy and the meaning of the language. Also, the mother has a one-sided conversation with the antagonist god about the boy, her perspective separated by stanza breaks and periods. In the last stanzas, the switching perspectives challenge the reader to side with either the god or the mother, and because of this, “Object Permanence” not only engages the reader but defines the boy’s identity in relation to both the god and his mother.

The ways people distance themselves, while at the same time remaining connected to others, is also explored in “My Husband, Lost in the Wild” by Jayme Ringleb. The husband in this poem leaves his body parts in certain places, such as Florida, for others to keep safe for him, literally leaving parts of himself behind. However, Ringleb takes this metaphor a step further by describing each keeper, reminding the reader that while a person may be affected by the places they visit, the people they met in these places will be affected as well. The use of enjambment in this poem also emphasizes the idea of leaving things behind, as body parts are listed and left behind in the opening lines of new stanzas, creating a distance between the husband and his own body. Thus, “My Husband, Lost in the Wild,” like many of the poems in Poetry Magazine’s September 2018 issue, explores a person’s existence as parts of a whole, as space and distance that poetry combines to create identity.

Tatum Francis is a reader for Portland Review. Her poem “Isolated Space” appeared in the 2014-15 WITS Chapbook: Exploring the Depths.