I am not the kind of man who likes to make a stink. But I was just down at Shelly’s Porkpie Shack in Shreveport, Louisiana talking with a few folks having a high-time when I looked up and saw in one of those spindly racks behind the counter your magazine with The 100 Greatest Artists of All Time. I recognized some of those faces on the cover except a bleach haired kid that looked like Jesus on reefer and like I said I don’t like to make a stink but I didn’t see any mention of Rabbit Foot Baker not even in the tail end with that Black Sabbath fellow biting the head off that poor bird.

Now look. I imagine word travels slow in places like New York City where you print your magazine I say slow because real music isn’t seen on the TV or heard on the radio nowadays. Real music is made in backyards and barrelhouses that smell of piss and blood – excuse my language sir but it’s God’s honest truth – like when I met everybody’s favorite Robert Johnson he smelled like he had just done surgery and then fell face first into a gin bath. That’s slow, man, real slow. That’s the creeping up of real music on you and I understand you don’t get that where you’re reading this (my great grandson Dennis Jr. is typing on the computer for me because my thumping hand has gone slack).

Now about the Rabbit. I’m a hundred and seventeen years old. Got rabbit blood in me. Keeps me young. I cut my first guitar strings from wires on our porch screen. I went with the Rabbit Foot Minstrels from 1910 until the war. After the war I showed everyone in Chi-town – Big Bill, Tampa Red, Scrapper Johnson – how to really dig in ’til your hand don’t feel like yours no more and you’re bleeding on somebody’s brother’s guitar. You want to know who wrote that lick to “Lucille?” No it wasn’t me. That was Dupie McClure, the one people called the Chinaman ’cause he had slanty eyes. I don’t see him in your magazine either.

As I said before I don’t like to make a stink but you need to get your staff to do some more research like when those two white boys from the Smithsonian in Washington, DC came down to do some real recording, like a scientific thing. They knew the slow creep of a knife on some old strings that’ll gut you just as clean, a sound that’ll make you cry for being happy. That’s the blues, man. That’s real. My great-grandson Dennis Jr. says you also publish your magazine on the internet which he says more people see these days. So maybe you could make a 101 for old Rabbit. God Bless. 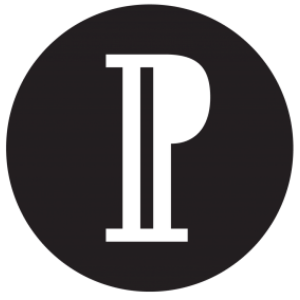