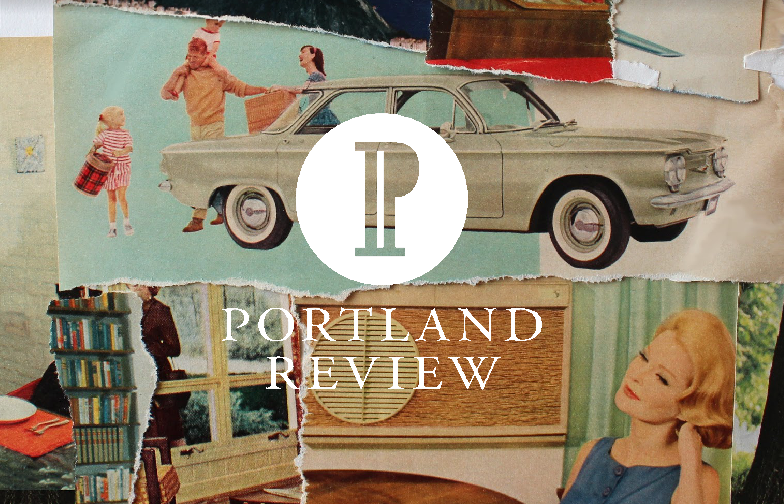 Kelp-choked cove cants to and fro;
a diseased eye vainly chasing light. I undress;
pluck the dive mask from the weeping man’s hands;
step off the breakwater and crash through the surface.

Back and forth across the cove, I swim;
I sew the veil; search for signs of life.
Another numb soul drowning on the brink.

I spy the air tank nestled in the kelp like an egg,
and dive, afraid she will vanish should I look away
even for a moment. Down through Stygian particulate,
zombie arms of kelp fronds, past the señorita fish,
which dart and flash like gold coins, down to knuckled
holdfasts that clench the seabed in fists.

She is seated in the kelp, eyes closed behind
her mask, as if trying to remember the way out.
Air hose and regulator hover inches from pursed,
bloodless lips. I grasp her waist, unbuckle
the weight belt, which slips away into the murk
below like an eel freed from its cage.

I gently help her up as if from a chair to dance,
but the kelp insists she belongs. With a rude yank,
I lead her by the wrist; yet founder at the surface,
gasp for oxygen, discover meat is heavy
and swimming with a corpse is awkward.

Roughly the dimensions
and weight of a VW bug,
bull elephant seal hovers midwater,
buoyant as the moon.

It is mating season.
I am in his cove.
This will not do.

He has spent 80 percent of his life
away from ruttable land—most of that
seeking the cold comfort of squid,
octopi, eels, small sharks, large fish;
sometimes a quarter mile deep.

Today, his moist eyes and the push broom
whiskers of his Swamp Thing proboscis say,
“You and I, human, we could not be more alone.”

His canine teeth, however, lack empathy.

So I spasm away from this beast;
kick to shore; haul out upon the rocks
with that special ineptitude God
has reserved for humans;
claw at stone; scuttle on palm and knee;
break fingernails; tear skin and neoprene;
trail fin and mask and snorkel behind me
as if in a state of decay.

As the bull, that glorious creature,
tosses back his punching bag torso
and roars victory, twin sabres
gleaming in the Big Sur sun.

Neanderthalis, your diatonic notes
crunch a mournful Ice Age melody,
each perfect puncture
sustained through millennia
like a silent scream,
a mangy growl and slobber,
a song of unraveling and savagery.

Blow your yellow marrow
into black sky and call it starry wonder,
you doomed instrument.

I have scrapped
together swatches
of the Universe
to sew a cloak
that covers nothing
but the light
escaping
from my body.

A whisper of offshore wind
holds the door open
just long enough to let me in.

Without its quiet reasoning,
the wave would greet the beach
like a raging drunk, intent on cracking
its skull open on the pavement.

And so I go, I always go, while the door
warbles neither open nor closed, I go,
listening for the faint breath of hope
that justifies disaster.

Ryan Masters is a poet and writer from Santa Cruz, California. His work has appeared in publications such as The Iowa Review, Catamaran Literary Reader, and The Surfer’s Journal. A chapbook, below the low-water mark, is available from Pudding House Publications.