In The Art of Description: World into Word, poet and essayist Mark Doty demonstrates how Elizabeth Bishop’s poem “The Fish” “[tracks] the pathways of [the poet’s] scrutiny.” Bishop herself likened the process to the baroque sermons of John Donne, an attempt “to dramatize the mind in action rather than in repose.”

I returned to this notion again and again while reading the prolific and remarkably restrained lyric poet Carl Phillips’ most recent collection, Pale Colors in a Tall Field. Published in the pandemic year of tectonic upheavals and isolation, the poems in this book carry a burden they couldn’t have foreseen. The parallel to Donne’s sermons and poetry—to a mind searching among its cogitations, loves, and scriptures for some kind of solace—is apt but insufficient. Yet a resolute refusal to tack anything down is precisely what makes Phillips’ work, and the poems in this collection, such satisfying and, yes, comforting reads just when we needed them most.

Phillips was born to a mixed-race, peripatetic US air force family in 1959 and began his higher education as a classicist, reading Greek and Latin at Harvard University. After teaching high school Latin for several years and coming to an awareness and acceptance of his sexuality, he attended a poetry workshop conducted by Martín Espada. The feedback he received from Espada sent him to other workshops and then to a poetry contest at Northeastern University in Boston, where he lived at the time. He won the prize and eventually earned an MA in Creative Writing at Boston University. His honors and awards since then have been numerous, and, since 1992, he has published sixteen collections of poetry as well as volumes of prose and translation.

Pale Colors in a Tall Field continues Phillips’ self-described project of “constellating meaning out of—and on top of—the ambiguity of living.” Like many photographs of the author, these poems look down and away from the camera, not shyly, but demurring to traffic in certainties. In “So the Edge of the World” we are drawn into Phillips’ consideration (and reconsideration) of sleep as a sort of rescue:

And since when does rescue amount variously
now to the forgetting that sleep offers,
now to dream’s not-so-predictable distraction,

I almost said aloud into the room’s dark all around us,
last night, though this morning these seem precisely
what rescue comes to, or can, and my mistake has been in thinking
of rescue as something more permanent than hard distraction,
sleep’s soft, impermanent forgetting.
The wind was enough mostly—

The syntax he deploys regularly interrupts, qualifies, or even negates itself. Syntactic peregrinations and interruptions like “what rescue comes to, or can, and my mistake has been thinking” destabilize the reader as well as the poet-as-authority. They also tend to operate like musical tension with the resolving cords delayed until the moment of maximum impact. We are treated to the poet’s mind at work, doubting itself then advancing, backtracking, and reaching unsettled conclusions, but with a sense of the exercise having made good on its promised gains anyway.

Phillips’ poems often turn on fine tunings between two quite similar concepts, as in the poem “On Mistaking the Sound of Spurs for Bells Approaching.”

The way, incredibly, for most it’s still enough
to have noticed a similar weather pattern between
regret and the treeless plains of remorse, like that must
make them the same, or should, or at least no more
different than a fetish for being eaten alive and
whole is, apparently, from the desire to leave loneliness
behind forever.

Often these differences are framed as matters of memory and free will or the mechanisms of the soul, should it exist, which are enduring themes across Phillips’ entire body of work from his first collection In The Blood (1992) until today. The potency of his verse is the result of his ceaseless attention to these minute shades of meaning and the activity of the human heart that animates them.

is just that: a difference. Sometimes a lost tune,
unreckoned on, unearned, resurfaces anyway. Just because.

Am I not the animal by belief alone I myself make possible?

Echoes of the metaphysical Donne ring through, although Phillips only occasionally relies on conceits. The work is surprisingly literal and discursive, often lacking in images or much sensory detail, so that when they do arrive they register on the mind with greater force. His balance of these energies is enviable.

[. . .] For example, if love used to mean
rescue, now it’s more gladiatorial, though in the end
more clean: Who said that? Not the one who whose face I’ve
described somewhere as the sun at that moment when,
as if half unwilling, still, to pull itself free from the night’s
shadow-grove of losses, it first begins to appear. No.
Not that one. And not the one whose specialty was
making a bad habit sound more excusable by calling it
ritual—since when do names excuse? Wish around for it
hard enough, you can always find some deeper form
of sadness where earlier—so at least you thought—mere
sorrow lay . . . I’d been arguing the difference between
the soul being cast out and the soul departing, so I
still believed in the soul, apparently. It was that long ago.

Again, we can see Phillips’ preoccupation with the soul and narrow distinctions freighted with profound implications. But the collection is also suffused by a sense of undoing or unraveling. The prefix “un-” is deployed with regularity, sometimes in unexpected ways, as in “unvanished body” or “now sightless eye unstares across” or “how curb the risk of arrogance, with its doomed but / not undangerous hound, complacency?” Relationships, identity, the body, the connective tissue of memory are all in a state of unmaking and reconstitution in these poems. Yet curiously, they resist the sorrow they conjure. The meditative stillness with which each poem tackles its propositions and quandaries gifts the reader some measure of that stillness, of forgiving oneself for failing to understand or decide poorly because of a lack of reasonable theorems or even sound premises. In the book’s final poems, Phillips turns our faces to the sea for a rather cool and, of course, qualified form of solace:

always loved you, one man says,
meaning it, to another. That doesn’t make

love true. This only needs to be troubling
if we want it to be. Our minds are
as the days are, dark

or bright, says Homer, the words like coral bells
in a pot made to look like the head of an ancient god–
a sea-god, moss for seaweed across the old

god’s face. To believe in ritual in the name
of hope, there lies disaster. 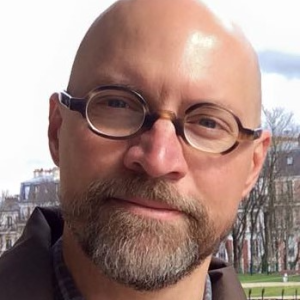 Jason Stieber is a poetry MFA candidate at Portland State University. He has published criticism, non-fiction, and poetry in Women in the Arts, The Archives of American Art Journal, Trilithon, and Druid Magazine. He's Associate Editor for Portland Review.